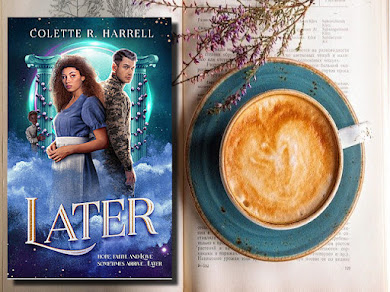 In 1859, Junie Benson was a twelve-year-old genius and enslaved. His older sister, Sari, had her own difficulties, including being auctioned to the highest bidder. She was also beautiful, flighty, and had a repetitive dream about a hazel-eyed white stranger. Everybody with the good sense God had given them knew even her dream was forbidden. In 2022, three things troubled ex-Special Forces Lt. Colonel Zachary Trumble . . . his new job as director of security for Burstein Labs, his loveless marriage, and the green-eyed siren who won’t let him sleep in peace. Then time’s fickle hand brewed a recipe for a miracle . . . Stir in three runaway slaves, an avalanche, one mad scientist, and an unhappy, in-love hero to create a dish for revenge best served . . . Later. 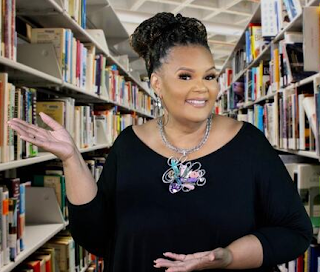 Colette R. Harrell made her debut as an author with the book; The Devil Made Me Do It. As a published author, she has enjoyed meeting her readers; for her, it’s all surreal. She holds a master’s degree and worked as a director of social services, which allowed her a front-row seat to the conflict and struggles of everyday people. Her day is filled as an Author, Playwright, Story Editor, Wife, Mother, Grandmother, and child of God. She wears many titles allowing twenty-four hours a day to meet the challenge. Her goal in writing is to engage readers and provide them with golden nuggets of wisdom that feed and titillate. Her biggest lesson is that it takes a village to raise a dream. She loves and appreciates her village.She prays everything God has for you manifests in your life. And that you stretch and reach for it! Colette’s latest book is the historical/interracial/supernatural/paranormal Later. You can visit her website at Coletteharrell.com  or connect with her on Twitter, Facebook, Goodreads or Instagram.