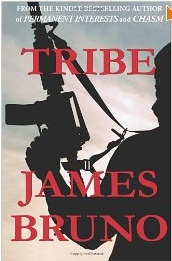 First reviewed for Readers' Favorite
Posted by Fiona Ingram at 5:19 AM No comments: