What Inspired Book 2: The Search for the Stone of Excalibur!

Before I started writing I used to wonder what inspired writers, where did their ideas come from, what could have sparked their story. Interestingly, and something many people already know, my first book The Secret of the Sacred Scarab, was sparked by a family trip to Egypt with my mom and my two young nephews. When I’d written the story of my young heroes’ adventures, I realised they hadn’t had time to save the world yet. Another adventure was needed. But what and where could they go? Like many people I am sure, I am a huge Arthurian fan. I then happened to accompany a relative on a tour of Scotland’s castles, but before we went off to discover them, we stopped off at Oxford, England, also a favourite city of mine. 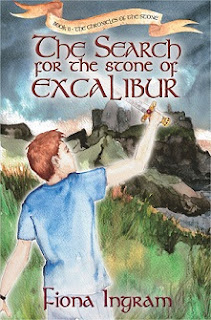 Scotland was marvellous and I came back with all sorts of images and ideas floundering around in my head, but nothing concrete. By then I’d decided my adventure had to include King Arthur and his famed sword Excalibur (where perhaps one would find a Stone of Power embedded in the hilt?), and I so loved Oxford that I had to somehow have my young heroes go there as well. But how was I to marry all these elements together? I am a big Inspector Morse fan and one night I watched an episode called The Wolvercote Tongue, a story about the discovery of a Dark Ages artefact, a jewelled belt buckle, and it involved the Ashmolean Museum (also a favourite!). I woke up in the middle of the night with the plot of The Search for the Stone of Excalibur complete in my head. Of course you’ll have to read the book to enjoy the story, but here’s a little teaser.


Continuing the adventure that began in Egypt a few months prior in The Secret of the Sacred Scarab, cousins Adam and Justin Sinclair are hot on the trail of the second Stone of Power, one of seven ancient stones lost centuries ago. This stone might be embedded in the hilt of a newly discovered sword that archaeologists believe belonged to King Arthur: Excalibur. However, their long-standing enemy, Dr. Khalid, is following them as they travel to Scotland to investigate an old castle. Little do they know there is another deadly force, the Eaters of Poison, who have their own mission to complete. Time is running out as the confluence of the planets draws closer. Can Justin and Adam find the second Stone of Power and survive?


Somehow I managed to find space for not only the museum, but also the prettiest castle in Scotland, Dunrobin Castle, which fitted the bill perfectly for the old castle in the book. I had visited and already decided to squeeze in the best ruined chapel around, Rosslyn Chapel, just filled with incredible and mysterious architecture. I am still amazed at what inspires a writer, be it an image, an event, a place, an experience.
Posted by Fiona Ingram at 1:18 AM No comments:

Boost Your Books With Bublish!

Why Bublish? And what is Bublish? Bublish is a platform that turns an author in an ‘authorpreneur,’ giving them a dashboard with powerful marketing and book creation tools. I first heard of Bublish when looking for a marketing strategy for my middle grade children’s adventures. I already had a publisher, but I wanted an extra boost for marketing. There are loads of ‘book marketing sites’ out there. I have tried a number of these sites, where you load a profile and book details, and I was initially hesitant, but something different about Bublish attracted my attention. The idea of creating ‘bubbles’ or interesting snippets from various chapters that I could share on social media, encouraging readers to follow the bubbles back to the books on purchase sites, appealed to me. Bublish also markets for authors who sign up, so another plus. In my experience, many social book sites have the social share buttons, but the authors must do their own marketing. As many indie authors (and traditionally published ones) know, you have to do your own marketing. Finding the time to write and market is difficult. With Bublish, you get someone also doing the marketing with you! What a bonus!


Bublish offers an author a dashboard to load their profile, their completed books, even work in progress books, and links to sales sites. An author can basically do anything on their dashboard, from actually writing the books to marketing their books. Plus, in case one is still not convinced, the first month is free to test drive the system, and thereafter a very small monthly fee is charged. The more an author markets their own ‘bubbles’, which Bublish then also markets, the more successful one is likely to be. 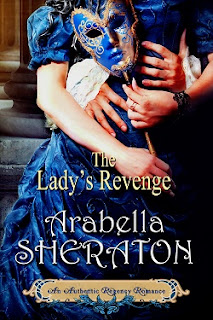 However, it was only when I found myself with seven historical romance e-books and no distributor that I found out just how good Bublish is for the entrepreneurially minded author. I write Regency romances under the pseudonym Arabella Sheraton. While I wrote them for my mom, and for fun, I never knew just how big the romance market is, or that any savvy author can market right and earn big while doing so. My previous publisher closed its doors so I had to do something with my Regency romance books. After a discussion with Kathy Meis, CEO of Bublish, I loaded the books and Arabella started afresh in a Bublish distribution program.


Right off, I saw a huge difference in earnings and sales rankings. With Bublish, their mission is ‘E-book Author Discovery & Promotion.’ But that’s not all, they do it with you. Whereas previously my romance book marketing had been mostly up to me (so I didn’t do much of it, hence poor sales), with Bublish the load is shared. Bublish retweets an author’s ‘bubbles’ onto their social media sites, so any author is getting double exposure. Here’s a sample of a book bubble from my romance author profile. In addition, Bublish has a weekly ‘floating bookstore’ showcasing various authors and their work. Their aim is to help authors build a dynamic brand that drives sales. Apart from the FAQ and many tutorials to guide authors, as well as webinars with top marketers in publishing, Team Bublish is always on hand to answer any queries. There are so many other options for the marketing minded author, such as tracking reader engagement, tracking click through to sales,  and keeping up with what bubbles you shared got the most response. Promotion and finding out just how much your effort generated has never been so easy. For me, never having taken my romance books all that seriously because they did not seem to be selling well, the move to Bublish as a distributor for those titles has been the best thing I ever did. Any author will tell you that while one should, yes, be writing for the love of it, we all want to see results; we’d all love to get some money for our efforts. I have been blown away by my romance books’ sales. Truly blown away. But it’s not just about putting books up on Amazon and other sites; it’s about consistently creating interesting ‘packages’ or sales drives, and price drops and ‘free days’ to generate consumer interest and reap the rewards. Bublish has come up with seasonal promotions for my books set either over Valentine or Christmas. A box set is something I never thought of as appealing, but they are, and I have seen wonderful sales figures. 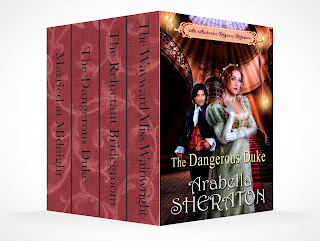 But wait! There’s more! Bublish is now offering a host of AuthorServices for the indie author on a budget, from cover design to copy editing to distribution. Bublish has authors covered from every angle.  I am totally sold on Bublish. Check out my Fiona Ingram profile as well as my Arabella Sheraton profile. Now that I can see incredible results, I am inspired to get more books written asap. If you’re looking for a marketing/distribution partner to get your titles out there and into the hands of readers, try Bublish. Remember, the first month is free.
Posted by Fiona Ingram at 2:19 AM No comments: