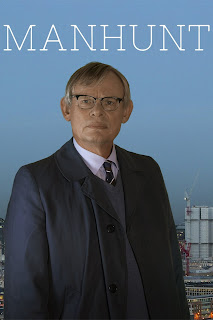 Manhunt is a true crime UK series starring Martin Clunes as DCI Colin Sutton, a now retired Inspector (Senior Investigating Officer) with the London Police Department. The first season covered the crimes committed by serial killer Levi Bell and his apprehension. The second season covered the truly heinous and chilling crime spree of serial rapist Delroy Grant who terrorised the nation for over 17 years. I won’t focus on the details of the stories themselves which have been publicly recorded but want to discuss the actual productions. The criminals are real people who ran amok with their rampant crimes. In the case of Grant, he was a criminal with a clever modus operandi and a tell-tale signature. While Levi Bell was a clumsy killer, Grant was a sly and elusive predator.

For me the second season was the most moving and I almost did not watch it. Once I started viewing, I was riveted. There are no theatricals and dramatics here. The episodes unfold as if the audience is shadowing the Inspector and his team themselves. The daily drudge of finding clues, only for these to be dead ends, the wearing boredom of stakeouts which are never as exciting as the movies, the sheer inability to catch the guy, which led to low morale and depression, and the lack of manpower. The elusive nature of Delroy Grant, with his cunning almost-fox-like ability to sense when the police were about to pounce, the suspense and tension when they just miss him was palpable.

The nature of Grant’s crimes was heart-breaking. He preyed sexually upon the elderly and the vulnerable, women and men; people who would perhaps not speak up about what really happened because of shame, belonging to a generation where the unspeakable was never spoken about. The actors portraying these elderly victims were phenomenal. I felt the rage and helplessness the police officers must have felt when they hesitatingly recounted their hideous experiences, some using old-fashioned terminology belonging to another era. I cried seeing these moving portrayals. These actors were so convincing that in the moment of watching, I believed I was seeing the real victims.

If you think you are going to see Doc Martin playing a cop, think again. Martin Clunes brings an incredible sensitivity to the role, much needed when gently asking a victim what happened, and knowing they can barely bring themselves to speak of the unspeakable. The always watchable Claudie Blakley plays his wife. The rest of the cast are stellar, no matter the size of the role being played. One can only imagine how each cast member felt when considering their own elderly parents and relatives. A very moving series that should not be missed.

Posted by Fiona Ingram at 6:10 AM No comments: 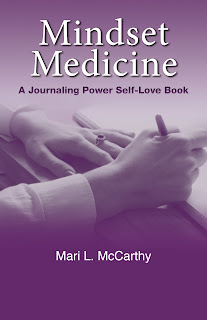 Want the Cure for Culture Chaos? Grab your pen and pad and prescribe yourself, Mindset Medicine: A Journaling Power Self-Love Book. The news, the fear, the media, the texts, the constant bombardment of electronic sludge. It can all tear you down and rip you away from being YOU! You can choose to give into this madness and be manipulated into submission. Or you can join the Journaling Power Revolution, reconnect with your higher self, and love yourself without conditions.

In her third book, award-winning international bestseller author Mari L. McCarthy reveals a journaling power path that leads to an awareness of how vibrant your life will be when you…

·         Understand why you absolutely have to love yourself first

Most importantly, Mindset Medicine explains in rich detail why the most empowering and loving relationship you can ever have – is with YOU! 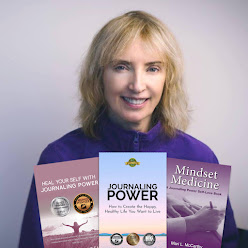 (What You Don't Know About) I Am Not Brad Pitt 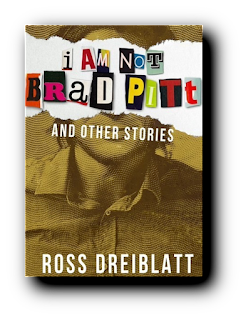 I AM NOT BRAD PITT is the first of three riotously absurd tales in Ross Dreiblatt’s debut short-story collection sending up America’s sometimes-fatal celebrity obsessions. “I Am Not Brad Pitt” opens in a prison cell in which Mr. Pitt’s clone-like doppelganger, Tobey Crawford, remorsefully recounts the sequence of unlikely events that resulted in his wrongful conviction for murder. The second story, “Please Allow Me To Introduce Myself,” considers the possibility that Keith Richards (along with, for good measure, Dolly Parton) is, indeed, a vampire. Nobel-Prize laureate Bob Dylan, the story’s vampire-killer, is equipped with more than just a harmonica and tambourine. The final work in the collection, “Keeping Compliant With The Kardashians,” examines whether Kardashian family members are, in fact, aliens from another galaxy and what precisely is their interest on Earth. Each of the stories are told with engaging humor, and each pokes fun more at American culture than they do, generally, of the celebrities themselves.

2.      I changed it to Brad Pitt because I couldn’t find a way to write about Tom Cruise’s Scientology connection without it becoming a distraction from the main narrative. Also, there are way too many people who look like Tom Cruise.

3.      I had to keep a Brad Pitt timeline of his movies and his haircuts on my computer to keep the story accurate.

4.      The airline pilot in the Brad Pitt story is named Craig. I name all pilots Craig in any story I write as a shout out to my cousin Craig who refuses to fly after a particularly rough flight that he had years ago.

5.      The first draft of Keeping Compliant with the Kardashians had an alien life form living in her breast implants. Seriously. Big shout out to my agent for saying, “Umm, no.”

6.      I googled Kim Kardashian's house and went on a virtual tour to describe her house accurately. It felt a little stalkerish.

7.      Other places I went on a virtual tour for Keeping Compliant with the Kardashians:

a.      The Prada Store on Rodeo Drive in Beverly Hills.

f.       The hotel where Maddie tracks down Spencer in Chile.

g.      FYI, Maddie’s Hollywood Hills cottage was a place I used to live.

8.     Although Keith Richards and Bob Dylan are arch enemies in “Please Allow Me To Introduce Myself,” they have played together a few times and Keith has said, “I’d work with Bob anywhere. I’d work with Bob in hell or heaven. I love him.” Hmmm.

9.      The protagonist in Please Allow Me is named Darla. I had imagined a very southern gothic upbringing for the character and decided that her mother named her after one of the Little Rascals.

10. Darla confronts her bandmates at Café Reggio in the Village. Café Reggio was where I would do re-writes of the book, so a very meta scene for me. 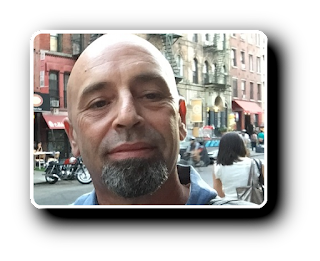 About the Author: Ross Dreiblatt was born and grew up in New York. His father was a truck driver and his mom was a retail manager. He attended Hofstra University and moved to Los Angeles where he attended Cal State Northridge. While in Los Angeles, he studied under John Rechy’s master writing workshop at UCLA. He has worked in the corporate offices of major retailers in Los Angeles, San Francisco, New York City, and Florida toiling on spreadsheets by day, and the imaginary lives of celebrity monsters by night. He loves to travel and will get on a plane going anywhere, as long as it eventually lands safely. Despite the dour photo, he is kind of a happy guy. He currently lives in South Florida. You can visit his website at www.RossDreiblatt.com or connect with him on Twitter, Facebook or Instagram.
Posted by Fiona Ingram at 2:43 AM No comments: