Book review: For the Soul by Barbara Daniels Dena 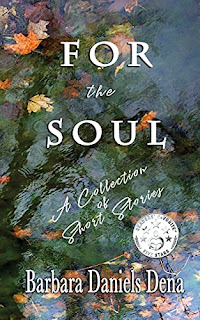 For the Soul by Barbara Daniels Dena truly is a compilation of stories, musings, memories, anecdotes, and snippets for the soul. It is meant to be dipped into as and when a reader has time or just needs a break from the hurly-burly of daily life or needs their faith in humanity restored. Some stories are a mishmash of a couple of events, some are based on real events, others are fiction. There are a number of hilarious episodes based on the author’s real experiences as a teacher as well. Here you will find a hippo in a tutu, determined to make a little girl smile, a leprechaun who was, well, a leprechaun, a turtle that wanted to be a dog, several Christmas stories (that brought tears to my eyes), animal stories based on real animals, and much, much more.

Barbara Daniels Dena writes in a comfortable, down to earth style, and many times, while reading, I felt as if she was sitting next to me actually telling me the story herself. There are a number of anecdotes about family that readers will relate to; I certainly did. The stories focus on humanity, even the ‘humanity’ of animals, positive traits, and social issues that we all can comprehend. For me the themes of kindness, life’s wisdom, and giving of oneself stood out. This was especially evident in the fact that many stories are based on reality, real people or events. There is a timeline as well because the stories have dates.

There is no particular order and a reader who has a few minutes to spare can just dip in and out. But beware; once you start reading you might find yourself quite caught up in more than one tale. I read the first half in one go, thinking I’d just read one or two stories. When I dived in to tackle the second half, a few days later, I was surprised to come to the end of the book. This is a delightful and charming collection with something for everyone, no matter what your preferred reading genre is. Highly recommended. 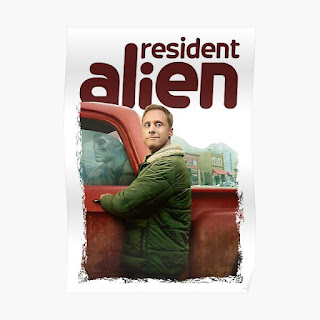 An alien crashes on Earth and hides in a remote Colorado mountain town. After assuming the identity of the town doctor, Harry Vanderspeigle, his nefarious mission to kill all humans is threatened when he realizes one of the townspeople, a 9-year-old boy, can see his true alien form. Harry starts off living a simple life, but things get a bit rocky when he's roped into solving a local murder and realizes he needs to assimilate into his new world and slowly begins to wrestle with the moral dilemma of his secret mission on Earth.

If you are a fan of schlocky sci-fi series, then this one is for you. It is the funniest show I have ever seen and possibly the last comedy show we will ever see that turns wokery and snowflakery on its head, mocking every -ism and -phobia mercilessly, sparing none. Star of the show is of course the alien himself, played with deadpan expression by Alan Tudyk. This actor is absolutely hilarious as the alien and his inner monologue is a joy to hear. The script is fantastic in the way humans and their foibles, social issues, and behaviour are totally shredded. The role of comedy is to hold a mirror up to society and to ridicule its exposed weaknesses. Resident Alien does this simply by having the alien muse on the strange ways of humans. As I said, no one and nothing is spared. The alien is in disguise as the town doctor and learns anything he needs to know about surgery and medicine from Google and YouTube. ‘Nuff said…

Tudyk manages to convey both alien and human in one performance and it is a gem of a casting. The alien struggles with the fact that by inhabiting a human body he is slowly becoming (gasp!) more human! Plus, he is starting to develop emotions, something that would never happen on his planet. How can he wipe out all human life then when he likes some of the humans? He tussles verbally with Max, the mayor’s son, who is the only human who can see him. Max is a real scene-stealer, along with his sidekick Sahar whose mini monologue on being a young Muslim female had me in stitches. Their kid logic is something the alien can relate to.

If wokeism and snowflakery is getting you down, Resident Alien is the show for you. The cast is excellent, and every character brings something to the table. It is silly, relaxing, and packs a punch of humour that will make you think twice about why you are laughing. Isn’t that what comedy is supposed to do? I wonder if anyone has thought about cancelling this outrageously funny and truthful show? See it before it’s too late!

Posted by Fiona Ingram at 7:45 AM No comments: