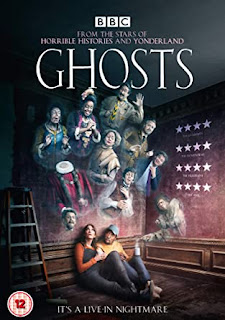 When Allison inherits Button House, a great big crumbling pile, from a great-aunt, all she thinks about is doing it up with hubby Mike and living in it. This is a formidable and costly exercise and Mike is useless with money. So, they want to do it up and sell it for a huge pile of cash. That is until she meets with a small accident, hits her head, and becomes the only person who can see the supernatural inhabitants who want the couple gone. High jinks and mayhem ensue in Ghosts.

Suspend your disbelief and enjoy the squabbling motley crew of ghosts who fight and gang up on each other for want of anything else to do. The episodes are seriously silly, but this is all about ghost so it's all perfectly acceptable. The ghosts are screamingly funny, very stereotyped, but so are most people, so it works. My favorite is Pat the nerdy Scoutmaster who has a sad, bittersweet tale. Let's not forget the amiable and humble ghosts of the plague pit in the basement, the only 'people' who actually know how the antiquated boiler and plumbing work. Good fun. 5/5

Posted by Fiona Ingram at 2:22 AM No comments: 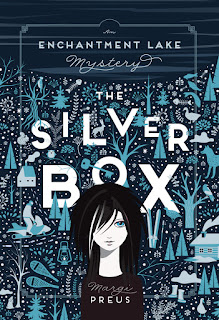 In The Silver Box, the final Enchantment Lake mystery, Francie’s search for the truth about her mother—and herself—plunges her into danger during a North Woods winter.

When she wakes in her aunts’ cold cabin on the shore of Enchantment Lake, Francie remembers: everything about her life has changed. Or is about to. Or just might. Everything depends on the small, engraved silver box that she now possesses—if only she can follow its cryptic clues to the whereabouts of her missing mother and understand, finally, just maybe, the truth about who she really is.

Francie, it turns out, has a lot to learn, and this time the lessons could be deadly. Her search for answers takes her and her best friends Raven and Jay as far afield as an abandoned ranch in Arizona and as close to home as a sketchy plant collector’s conservatory and a musty old museum where shadows lurk around every display case. At the heart of it all is a crime that touches her own adopted North Woods: thieves dig up fragile lady’s slippers, peel bark from birches, strip moss off trees, cut down entire forests of saplings to sell for home décor. But Francie is up against no ordinary plant theft. One ominous clue after another reveal that she possesses something so rare and so valuable that some people are willing to do anything to get it. When Francie’s investigation leads her into the treacherously cold and snowy North Woods, she finds out that she too is being pursued.


Margi Preus is the author of the Newbery Honor book Heart of a Samurai and other books for young readers, including the Minnesota Book Award winning West of the Moon, and the Midwest Booksellers Choice Award book The Clue in the Trees. Her books have won multiple awards, landed on the New York Times bestseller list, been honored as ALA/ALSC Notables, selected as an NPR Backseat Book Club pick, chosen for community reads, and translated into several languages. New titles in 2020 include Village of Scoundrels, The Littlest Voyageur, and The Silver Box, part of the Enchantment Lake mystery series.
Posted by Fiona Ingram at 10:52 PM No comments: 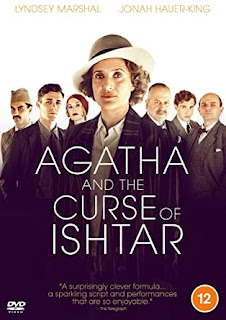 Posted by Fiona Ingram at 1:47 AM No comments: