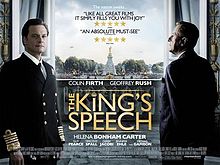 Worlds apart, the three titles I have discussed have achieved what we all aim for: a product so compelling that our audiences/readers keep coming back for more. Isn’t that what this is all about…?
Posted by Fiona Ingram at 8:23 AM No comments:

Don't you just love the word "sale" when it comes to books? I confess that not being a shopaholic or a shoe addict, the word "sale" only gets me excited when it is pasted in big red letters on the doors and windows of a book shop. Living in South Africa means that my shopping choices are rather limited. The best bookshop in the southern hemisphere is an emporium called Exclusive Books. Every branch is truly an emporium. You can get books on such a wide variety of topics that eventually you want to fling your credit card at the cashier and scream, "Load 'em all up!" Sadly, book prices in this neck of the world are prohibitive, to say the least, so such antics are out of the question. Apart from being off the beaten USA/Europe/Asia track, South Africa's currency and duty on book imports does not favor the avid reader. That's why people like me wait for the Exclusive Books Summer Sale when books go for half, nay, even less than a third of the shelf price.
I don't know why I pretend to avoid the sale when inevitably it finds me. I turn a corner and there are the tables laid out in the mall, nowhere near the actual store, but sneakily placed between the unsuspecting will-be-buyer (me) and the supermarket. How can one avoid casting a longing, hungry glance at the covers so delectably displayed. What's worse, a single book quickly becomes two, three, even four or five as one trawls the tables, eyes sliding over the tantalizing cover copy... Even worse is when assistants rush up to relieve you of the burden of six coffee table books and offer to look after them at the impromptu till so that "Madam can shop comfortably." Sigh - how quickly do Madam's arms fill up!
This year I was restrained. Sort of. Listed below are my three (yes, such is my will power, only three!) tomes. Why did I choose these titles? My children's book series is based on ancient mysteries and secrets so I made for the historical ones. The dictionary? Well, one can never have too many dictionaries in the house, and having something on literary characters appealed to my sense of the quirky in life. I have not read any of my purchases yet, but this is what awaits me!
Millenium by Tom Holland

I must admit I did not find Perisan Fire an easy read, and I think this will be the same kind of journey, but compelling cover copy forced my hand... Of all the civilizations existing in the year 1000, that of Western Europe seemed the unlikeliest candidate for future greatness. Compared to the glittering empires of Byzantium or Islam, the splintered kingdoms on the edge of the Atlantic appeared impoverished, fearful and backward. But the anarchy of these years proved to be, not the portents of the end of the world, as many Christians had dreaded, but rather the birthpangs of a radically new order. MILLENNIUM is a stunning panoramic account of the two centuries on either side of the apocalyptic year 1000. This was the age of Canute, William the Conqueror and Pope Gregory VII, of Vikings, monks and serfs, of the earliest castles and the invention of knighthood, and of the primal conflict between church and state. The story of how the distinctive culture of Europe - restless, creative and dynamic - was forged from out of the convulsions of these extraordinary times is as fascinating and as momentous as any in history.

Chambers' Dictionary of Literary Characters sounds fascinating. It offers over 6500 entries and even if I did not finish reading the Harry Potter series, I can catch up on everyone in this book! On a serious note, there are some big literary names in here from the classics as well as the fun stuff.
'This is a great plum pudding of a book stuffed with interesting titbits, pithy summaries, tantalizing tastes of those novels you've always meant to read' -- Reference Reviews
Now for the hero part! One of my most loved books as a child was a book on Greek and Roman myths and legends. I read it countless times. Which explains this purchase.

Heroes: A History of Hero Worship - the title says it all. Beginning beneath the walls of Troy and culminating in 1930s Europe, a magisterial exploration of the nature of heroism in Western civilization. In this riveting and insightful cultural history, Lucy Hughes-Hallett brings to life eight exceptional men from history and myth to explore our timeless need for heroes. As she re-creates these extraordinary lives, Hughes-Hallett illuminates the attractions and dangers of hero worship. This is a fascinating book about dictatorship and democracy, seduction and mass hysteria, politics and culture, and the tensions between being good and being great.
Phew! Can't wait to get stuck in.