Fae Creatures in Mythology from Around the World

Fae Creatures in Mythology from Around the World by
H. R. Conklin (author of The Eternity Knot in the Celtic Magic series) 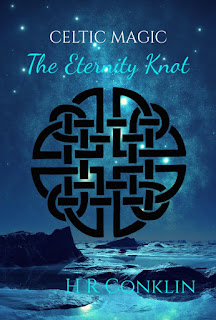 Fae creatures are found in many forms and show up in a variety of stories around the world. The most commonly recognized Fae creature is the fairy, tiny humanoids with flamboyant butterfly wings. Though in actuality, the Fae come in all sizes, abilities, and attitudes and are found in every culture, though called by many different names. What ties all Fae to a singular group is that they are supernatural beings. These creatures are not always seen by humans, blending in with their natural surroundings, often have varying magical abilities, and sometimes deciding the fate of the humans they encounter.

The most commonly known Fae creatures are the European fairies. Their title is in the very stories they can be sometimes be found in, fairy tales. Fairy tales such as Sleeping Beauty, Cinderella, and Thumbelina have magical humanoid beings with colorful wings. Aurora (a.k.a. Sleeping Beauty) is raised by three little fairies who transform into old women, so they can hide her away in a little cottage on the edge of the forest. Or in an older version, there are thirteen fairies who affect Aurora’s future when they are invited (or not invited, as is the case with the thirteenth fairy) to her christening. Cinderella has a fairy godmother that uses her magic to transform Cinderella from a scullery maid into a beautiful princess. And Thumbelina herself is the size of a tiny fairy, and soon attracts the attentions of a flower-fairy prince. What these fairies all have in common is that they help determine the fate of the human characters they interact with.

It is in reading Celtic tales of fairies that we come to begin to understand the complexity of the fairies and their other fellow Fae creatures. In Celtic lore, the fairies are divided into two types of fairies, the Seelie Fae and the Unseelie Fae. The Seelie Fae are of the Light, the Summer-fairies, and the kinder of the two types. Many have lovely wings and care about the humans they interact with, though they can be full of tricks, so humans best beware. A popular story is of Thomas the Rhymer who crosses paths with what many a scholar assume to be the Seelie Fairy Queen, also called The Queen of Elfland. His fate is completely changed by this interaction, and perhaps for the better. On the opposite end of the fairies is the Unseelie Fae, the Winter Fairies, and the fairies of the Dark. Their queen is colder, crueler, and so are her subjects. Some of the more famous are the Pixies, winged creatures with claws, who bite and scratch. Or the Red-Capped Gnomes, who are not the kind, yard gnomes many think of, but are war-hardened Fae who dip their pointy caps in the blood of their enemies. The Unseelie Fae Queen can be found in such stories as Tamlin, in which she takes her human prisoner to be used as a sacrifice for the seven-year tithing. 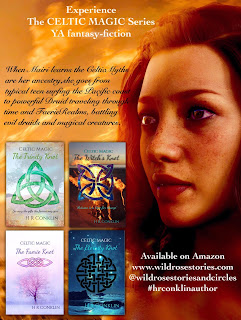 In other cultures, such as in the countries of Africa, we find Fae creatures, some similar and some different. In the country of Benin, there is known to live in the forests a shy fairy with possibly butterfly wings and/or a furry body called the Aziza. There is very little known about them and I’ve yet to find an old story told of their behaviors, but a team of authors in the UK have written a few books based on these little Fae creatures. (Aziza's Secret Fairy Door written by Lola Morayo and illustrated by Cory Reid for those who are interested.) There is another Fae creature found in Senegal, West Africa called the Yumboes. The only known original reference is from an Irish writer in the 1800s, Thomas Keightley, who learned about the Yumboe from a woman living in Senegal. Still, they are described as two-foot-tall, white colored creatures that sneak into one’s home and steal their coos-coos, as well as going fishing for their food. Considered the “good people” (similar to the Celtic people who call the Fae “good neighbors”) the Yumboe were thought to be the souls of friends who had died. Again, I have not found any original old stories around these particular Fae, though they are referenced in Pottermore, the extended world of Harry Potter. There are still many more supernatural beings, such as Anansi the Spider, in Africa. It is, after all, a very large continent.

In North America, there are numerous original Fae creatures to be found. The most well-known are the illusive Bigfoot of the Pacific Northwest, living amongst the Redwood trees and the forested mountains. These creatures are hairy, well over six-feet-tall, and seem to be a cross between humans and apes. Stories are centered on rare sightings and possibly causing harm to humans. The Native American tribes in that region report having seen them for centuries and use their own names for Bigfoot, the Yurok tribe calling them O’mah and the coast Salish calling them se'sxac (Sasquatch.) The interesting thing about this particular supernatural being is that similar creatures are reported to have been seen in China (the Chinese Wildmen) and the Himalayas (the Abominable Snowman or Yeti.) These Fae creatures seem to fall on the “shy” end of the spectrum when it comes to human interaction, so sightings are rare and actual stories are about such sightings.

These are just a few samples of the diverse Fae creatures that can be found around the world. Truly, each country on every continent could fill an entire book on their own about their unique supernatural creatures. Many are not as well-known as the Celtic Fae, of which there are numerous books written and stories told, but slowly more and more stories are being shared. Hopefully we will come to one day understand that the many cultures of our world share much in common, one example being the Fae creatures we seem to share our planet with. At the very least, all of these Fae creatures give inspiration to many a writer. These are the creatures that fantasy-fiction books are made of, as I did in my Celtic Magic series, and especially in my book, The Eternity Knot.

About the Book:  The Eternity Knot : Mairi has been shown the future and knows humans must change their ways. Continuing on their path of disconnect with Nature will cause the destruction of human life. Tasked by the Seelie Fae to save the human world, Mairi and friends seek out ancient wisdom in the stories of old. The Queen of the Unseelie Fae decides humans have to prove themselves worthy of the Earthly Realm, or die trying. Dark magic makes Mairi push harder to find the answers she needs, but the Undersea Faerie Queen is weighing in and Mairi is uncertain whose side she is on. When young people representing cultures from all of the continents share their knowledge, Mairi finally feels the seeds of hope. Deadly faerie magic is working against humanity, but humans and faeries are working together like never before. As humans begin seeing the earth through ancient views, they are waking up to their dormant powers. Now Mairi must put all the pieces together before time runs out for human life on Earth, and for once she's starting to feel worthy of the task. Join Mairi and friends in this exciting conclusion to the Celtic Magic series.

The Celtic Magic series is a unique tale connecting modern day California to the Scotland of centuries ago. Join Mairi during a life-changing year in this eco-heroine's journey, following the Celtic wheel of pagan holidays through the seasons and time as she meets druids, witches, and faeries of both Light and Dark. Discover what role mythic stories play in saving the Earth from imminent destruction, and what happens when the world is inclusive of all people. This series includes The Trinity Knot, The Witch's Knot, The Faerie Knot, and just finished is book 4, The Eternity Knot! This book is perfect for teens and adults of all ages who enjoy a modern take on myths and fairytales! 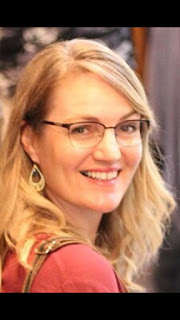 About the Author: H. R. Conklin grew up in the rural mountains of Northern California where her mother gardened and her father played the bagpipes, as well as spending long hours in the theater where her parents were a dancer and an actor. This undoubtedly led to her overactive imagination and love for nature. She currently lives in San Diego with her husband, two adult children, and three dogs. She used to teach kindergarten at a public Waldorf charter school in which she told many fairy tales to the children and made up stories in her spare time. Now she is a Story Circle Leader and guides parents in homeschooling at a private Waldorf school.
Posted by Fiona Ingram at 11:25 PM No comments: