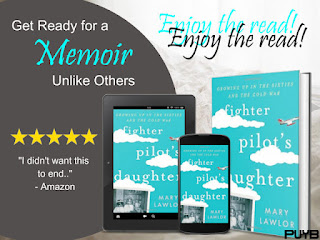 Fighter Pilot’s Daughter tells the story of the author as a young woman coming of age in an Irish Catholic, military family. Her father, an aviator in the Marines and later the Army, was transferred more than a dozen times to posts from Miami to California to Germany as the government demanded. For her mother and sisters, each move meant a complete upheaval of ordinary life. The car was sold, bank accounts closed, and of course one school after another was left behind. Friends and later boyfriends lined up in memory as a series of temporary attachments. The story highlights the tensions of personalities inside this traveling household and the pressures American foreign policy placed on the Lawlors’ fragile domestic universe.

The climax happens when the author’s father, stationed in southeast Asia while she’s attending college in Paris, gets word that she’s caught up in political demonstrations in the streets of the Left Bank. It turns out her strict upbringing had not gone deep enough to keep her anchored to her parents’ world. Her father gets emergency leave and comes to Paris to find her. The book narrates their dramatically contentious meeting and the journey to the family’s home-of-the-moment in the American military community of Heidelberg, Germany. The book concludes many years later, after decades of tension that had made communication all but impossible. Finally, the pilot and his daughter reunite. When he died a few years later, the hard edge between them had become a distant memory.

Mary Lawlor's memoir, Fighter Pilot's Daughter: Growing Up in the Sixties and the Cold War, is terrifically written. The experience of living in a military family is beautifully brought to life. This memoir shows the pressures on families in the sixties, the fears of the Cold War, and also the love that families had that helped them get through those times, with many ups and downs. It's a story that all of us who are old enough can relate to, whether we were involved or not. The book is so well written. Mary Lawlor shares a story that needs to be written, and she tells it very well. ― The Jordan Rich Show

Mary Lawlor, in her brilliantly realized memoir, articulates what accountants would call a soft cost, the cost that dependents of career military personnel pay, which is the feeling of never belonging to the specific piece of real estate called home. . . . [T]he real story is Lawlor and her father, who is ensconced despite their ongoing conflict in Lawlor’s pantheon of Catholic saints and Irish presidents, a perfect metaphor for coming of age at a time when rebelling was all about rebelling against the paternalistic society of Cold War America. ― Stars and Stripes

Fighter Pilot’s Daughter. . . is a candid and splendidly-written account of a young woman caught in the political turmoil of the ’60s and the domestic turmoil that percolated around a John Wayne figure who won the Distinguished Flying Cross, eight Air Medals and the Cross of Gallantry across three generations of starspangled blood and guts. ... Among the triumphs of the book is Lawlor’s ability to transition from academic – she is the author of two scholarly books and numerous articles about American literature and culture – to popular writing. 'I tried very hard to keep my academic voice out of the book,' said Lawlor, who will be retiring as a professor and director of American Studies after the spring semester. 'In academic writing, you explain and explain and footnote and footnote, and some of the life inevitably comes out of it. I wanted this to have life.' In so many ways it does….[particularizing] her family, including her mother, Frannie, her older twin sisters (Nancy and Lizzie) and a younger sister (Sarah). . . . In many ways the Lawlor women drive her narrative. ... Her principal focus, inevitably, is her Fighter Pilot Father, who, in her words, 'seemed too large and wild for the house.' Jack Lawlor was so true to fighter-pilot form as to be an archetype, hard-drinking, hard-to-please, sometimes (though not always) hard-of-heart. Mary does not spare those details.' ― Muhlenberg: The Magazine

This engrossing memoir adeptly weaves the author's account of growing up in a military family in the United States and Europe with domestic American and international Cold War events. Mary Lawlor's descriptions of her parents' origins and aging, and her perceptive, honest reflections on childhood and young adulthood between the 1950s and 1970s, are illuminated by the knowledge and wisdom that develop over decades of adulthood. In re-visiting her earlier life, the author reveals a process of arriving at a compassionate understanding of the significant people in it—relatives, friends, nuns, boyfriends, and draft resisters, among others—and through this, a clearer understanding of one's self. She demonstrates that comprehension of the broad historical context in which one lives—in her case, the pervasive global rivalry between communism and anticommunism, and its influences on American ideals about family roles, political values, and aspirations, which she questioned and challenged as a young woman drawn into the counterculture—is crucial for attaining such self-knowledge.
-- Donna Alvah, Associate Professor and Margaret Vilas Chair of US History, St. Lawrence University 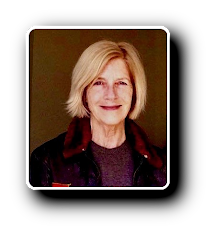 About the Author: Mary Lawlor is author of Fighter Pilot’s Daughter (Rowman & Littlefield 2013, paper 2015), Public Native America (Rutgers Univ. Press 2006), and Recalling the Wild (Rutgers Univ. Press, 2000). Her short stories and essays have appeared in Big Bridge and Politics/Letters. She studied the American University in Paris and earned a Ph.D. from New York University. She divides her time between an old farmhouse in Easton, Pennsylvania, and a cabin in the mountains of southern Spain.You can visit her website at https://www.marylawlor.net/ or connect with her on Twitter or Facebook.
Posted by Fiona Ingram at 5:04 AM No comments:

The Inspiration Behind Awakening the Avatar Within by Darren Starwynn 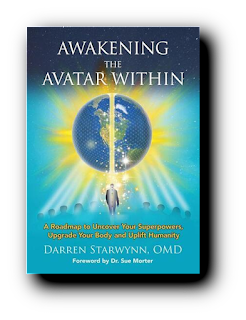 My fascination with consciousness, and what it takes to awaken it, started at a young age. I remember how in my 8th grade World History class I wrote an essay about why the material world we can see is an illusion. That perspective just popped out of my consciousness. My father was a music teacher, and his creative, whimsical nature encouraged me to see the world in unconventional ways. For example, he took our family on several cross-country camping trips when I was a young teenager. I remember saying several times “Dad – look there’s a pasture full of cows!” He would sometimes reply “Yes this side we can see look like cows, but the other side of those creatures you can’t see might be horses.” Those kinds of mind-blowing statements gave me permission to question my ideas about reality.

I grew up in a Jewish family with parents who were basically atheists. Although they were mostly kind and supportive to me, I grew up with a deep sense of inner pain and alienation. I could sense some kind of field of higher consciousness around me, yet I felt inwardly blocked from accessing and enjoying it. My strongest motivation was to discover how to free myself from those energy blockages that were weighing me down and preventing my life from “taking off”.

As part of this quest, I journeyed to India to be with a spiritual Satguru when I was 19 years old. This teacher taught us a form of meditation that I practiced intensively for close to 20 years. Since then, I have studied with a succession of spiritual masters and teachers of medical and healing arts. I invented medical devices used worldwide, wrote four books, and treated large numbers of patients with acupuncture, energy medicine and spiritual healing methods.

I have been politically aware during the 1960s, when landmark legislation such as Medicare, the Civil Rights and Voting Rights acts were passed in the USA. Even with all the controversies and unrest it was a hopeful time for justice and human rights. More recently I’ve seen my country and others move more in a darker direction with more top-down control and escalating environmental crises. I have felt deeply motivated to discover and be part of the solution.

As a spiritual healer I’ve developed my intuitive abilities extensively and starting around 8 years ago I began to receive many clear messages from a higher spiritual source. I was shown in various ways that humanity is at a critical junction point in which we are choosing our future destiny. All the unresolved conflicts, tribalism, and control systems of the human race were coming up to the surface. It was clear that we would either awaken the higher consciousness of our true nature or descend further into injustice and planetary destruction.

I was inspired to write these messages down and share them, which I did through blogs, classes, workshops, and retreats. Eventually these messages coalesced as a coherent theme about how people can awaken their divine nature as Avatars, in similar ways that Jesus, Buddha, and other famous world teachers did. This theme of conscious awakening intertwined with a lot I was learning about Quantum physics and it all just came together. I knew I had to write this latest book about awakening the Avatar within, and also be a catalyst for others’ awakening and empowerment. Available at Amazon: https://amzn.to/33TzYcu 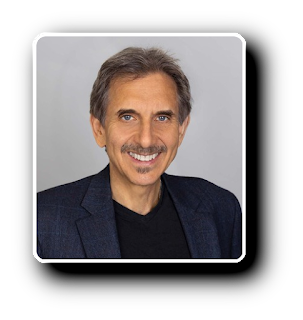 About the Author: Darren serves as a Reverend through the Lightworker Ministry, empowering healers and Lightworkers to live as Avatars and participate in the currently unfolding planetary ascension of consciousness. He is a graduate of the Tri-State Institute of Traditional Chinese Acupuncture and received a doctorate in Chinese Medicine in 1995 through the National Academy of Advanced Asian Medicine. He has been ordained as a Knight through the Sacred Medical Order of the Knights of Hope, a branch of the historical Knights Hospitaler from Europe. Darren also loves playing and composing music, hiking, writing, and dancing. Visit his website at www.drstarwynn.com.
Posted by Fiona Ingram at 5:14 AM No comments: