BeachBoundBooks is pleased to be coordinating a Blog Tour for the young adult fantasy Children of Icarus written by Caighlan Smith. The tour will run from August 10 - August 24, 2016. 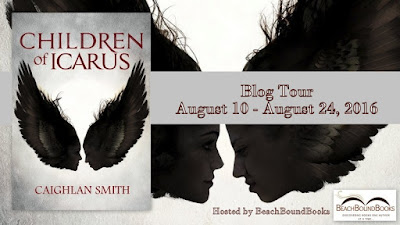 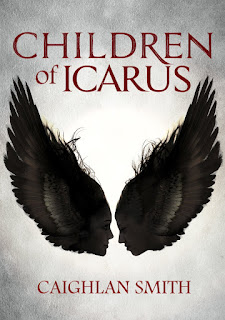 It's Clara who's desperate to enter the labyrinth and its Clara who's bright, strong, and fearless enough to take on any challenge. It's no surprise when she's chosen. But so is the girl who has always lived in her shadow. Together they enter. Within minutes, they are torn apart forever. Now the girl who has never left the city walls must fight to survive in a living nightmare, where one false turn with who to trust means a certain dead end.

History and Inspiration Behind the Book

Since I was a wee kidlit, I’ve loved Greek Mythology. That love has only grown and nowadays heavily influences my writing, some more than others. Children of Icarus, my new novel, is counted among the “some”. The inspiration for this book was, of course, drawn from the myth of Icarus—the boy who flew into the sun. But a lot of the setting of the book comes from the myths about Icarus’ father, Daedalus, who built the labyrinth. Children of Icarus takes place within a labyrinth, which the main character has been chosen to enter. She was promised paradise should she find her way out of the labyrinth, but paradise seems more unlikely than ever as she’s forced to confront one horror after another. Many of said horrors have been inspired by Greek mythology, mainly the adorable monsters that populate every great hero’s tale.

The thing is, I had the idea for Children of Icarus back in junior high. The plot was different in every way back then, aside from the setting of the labyrinth. Even the protagonist was an older, altered version of the way she is now. I actually started writing the story back then, but barely got a page in before giving up and moving on to something else. Fast-forward many a year, and I’m studying Greek mythology for my Classics minor at university. It reminds me of that old idea I had, so I revisit it and decide to tell the story of how my protagonist ended up in the labyrinth. I started writing from there, and everything about the story changed. For the better. And now we have a book. Ta-da! 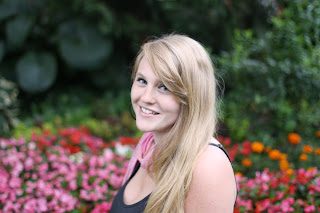 Caighlan Smith was born in St. John’s, Newfoundland; Labrador on June 1st, 1994. She grew up in the scenic coastal community of St. Philip’s, overlooking the dramatic north-west Atlantic. As a kid, she loved to play in the woods around her house, loved to tell stories and believed in magic.

Caighlan, who is studying English, Classics and Creative Writing at Memorial University of Newfoundland in St. John’s, is a supporter of universal girl-child education and has been involved with the Teachers Action for Girls campaign in Uganda.

Her great loves are reading, gaming and, of course, writing. The “C” in her name is hard, the “gh” is silent.

Prize: One winner will receive a $25 Amazon gift card or $25 PayPal cash prize, winner's choice Giveaway ends: August 24, 11:59 pm, 2016
Open to: Internationally
How to enter: Please enter using the Rafflecopter widget below.
Terms and Conditions: NO PURCHASE NECESSARY TO ENTER OR WIN. VOID WHERE PROHIBITED BY LAW. A winner will be randomly drawn through the Rafflecopter widget and will be contacted by email within 48 hours after the giveaway ends. The winner will then have 72 hours to respond. If the winner does not respond within 72 hours, a new draw will take place for a new winner. Odds of winning will vary depending on the number of eligible entries received. This contest is in no way sponsored, endorsed or administered by, or associated with Facebook. This giveaway is sponsored by the author, Caighlan Smith and is hosted and managed by Stacie from BeachBoundBooks. If you have any additional questions feel free to send an email to stacie@BeachBoundBooks.com.

Posted by Fiona Ingram at 1:02 AM No comments: