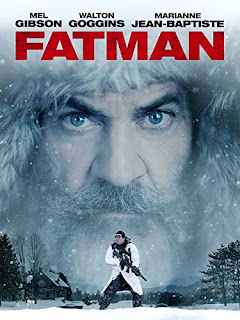 The Fatman: It's been a long time since Santa left me gifts under the tree but I sure as hell would not want Mel Gibson doing this. Long story short: a spoiled, precocious brat gets a lump of coal for Xmas, so he hires a hit man to take out Santa. Said hit man has also been short-changed by Santa and he has a unique hobby to make up for it. No spoilers here... Technicals, setting, atmosphere and photography are good. Just no credibility in the plot. Mel Gibson played himself. Tired, cynical, ageing, washed-up, overweight, bitter etc. Walter Goggins absolutely stole the show as the assassin. He has energy and the camera loves him. I loved him in Justified with Timothy Olyphant and here he shines as well, perhaps playing the roles closest to his heart. Sadly, although Marianne Jean-Baptiste is a good actress, there was utterly no spark or charisma between her and Mel Gibson. She looked utterly bored and indifferent. It's as if they were acting in two different spheres. Could be.... The story is dark and murderous and there's lots of gore. On a lighter note, the elves are hilarious! The spoiled brat is devilishly Machiavellian. 2/5 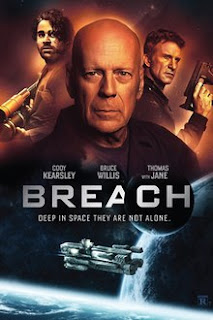 Breach: What was Bruce Willis thinking when he signed up to star in this drek? The story is paper thin and is a mishmash of all the other iconic sci-fi movies that have gone before. Alien seems to have been the biggest influence with World War Z thrown in and a touch of The Strain. But all these other movies are Oscar-worthy compared with this nonsense. The special effects are abysmal, and the final 'monster' is so laughable that it looks like a child's junior school project. Thomas Jane is usually a good actor but even here he fails. The script was so dreadful that even the best among this rag-tag bunch could not make things work. Direction and action scenes utterly pathetic. Bruce Willis plays Clay, a washed-up military guy who is washed-up because he refused to fire on protestors (woke red flag here!) and lost his career. Bitter, alcoholic and definitely not interested in life, Willis comes across as playing the character a bit too whole-heartedly, seeming to be completely bored with his part and mumbling most of his lines. Maybe it was the moonshine made from ultra-acidic cleaning liquid? He also affects a wooden countenance or is this how he acts nowadays. The premise of the whole story is very weak, and it doesn't take a rocket scientist to work out what will kill the alien intruder.... The ending was so pathetic I felt insulted as a viewer. Don't waste your time or money. 1/5 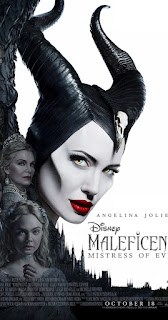 Maleficent 2: This movie is like candy floss (aka cotton candy) - lots of pink, fluffy stuff, odiously sweet and totally lacking in substance. I don't know why Angelina Jolie is in the movie because either she can't act, or she did not feel like acting, or she did not think acting was required, just floating around in a variety of fantasy dresses and weird headgear, pouting, smiling (she has a lot of teeth!), staring, winking, et al. Thank heavens Michelle Pfeiffer, who is not only a beautiful but talented actress with a knack for comedy, was around to actually keep the movie going. The young leads were predictable, anguished, boring and eminently forgettable. The Moors' fantasy creatures were adorable. The winged creatures were incredible and made Jolie look like a chump. A lot of fighting going on which I thought was too much for a children's movie or is it? Same old oft-repeated tropes from other movies, especially the death scene taking moments from Avatar. I am a Disney fan (loved Aladdin) but this was almost an homage to Jolie who just wants to look beautiful and ethereal...unlike Pfeiffer who doesn't mind falling face down in the dirt. Favourites in order of appearance: Michelle Pfeiffer as the wicked queen, the elf in the dungeon, the goat at the end... 3/5 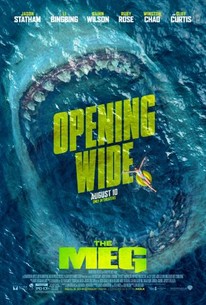 The Meg: I am a Jason Statham fan but even I am getting tired of him reprising the same old role of 'world-weary/disillusioned hero' over and over. The Meg could be described as Jurassic Park meets Jaws meets Sharknado. Good supporting cast, big budget, lots of special effects, 'more teeth' than in other shark movies, cute kid, adorable dog overboard that escapes said teeth, blossoming romance... what could go wrong? Everything. I blame the scriptwriters for appalling wooden dialogue that no actor could save, stilted scenes, jumpy sequence of events with lots of 'ooh, let's add in this scene' and subsequently it was a mish-mash collection of tropes that rang bells from lots of other disaster/creature feature movies. I watched to the end because I was worried about the adorable dog.... 3/5
Posted by Fiona Ingram at 4:37 AM No comments:

I wasn't sure if I would like Prodigal Son, given that initially I did not find Tom Payne an appealing character in his portrayal of the nervy Malcolm Whitley, an empath (?) who now helps the police solve ‘interesting’ murders. But slowly as the plot unfolded, I was hooked. Tom Payne’s character shows via flashbacks what happened to turn him into this insomniac wreck, and it is truly chilling. The themes are dark and grim and there is murder and mayhem. Plus, a truly dysfunctional family such as you have never seen before. 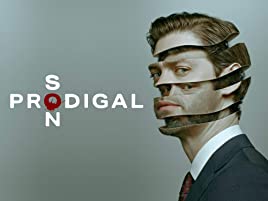 The talented Bellamy Young is absolutely gorgeous as the beautiful, (supposedly) spoiled socialite wife of now-incarcerated The Surgeon, a psychopathic serial killer, loving husband, and devoted father to two beautiful children who feel he has ruined their lives. Old sins cast long shadows... Martin Sheen is a complete scene stealer and just grabs each screen moment to win you over and make you think that, apart from having killed all those people, he is actually a really nice guy. Bellamy Young is amazing in what she can achieve while tottering around on killer (oops!) heels and when she and Sheen share a scene - well, sparks fly. They have a habit of taking of completely.

There's a solid backing cast headed up by the ever-dependable Lou Diamond Phillips. But the series is not just about the serial killer and his victims. There are darker and deeper themes afoot. A riveting series. Season One ended on such a shocking cliff-hanger that I literally fell off the sofa. No spoilers here but I had no idea how things would be resolved until I started Season Two, which is just as promising. Pass the popcorn, please! 5/5

Posted by Fiona Ingram at 6:50 AM No comments: