Book Review: Guinevere: On the Eve of a Legend

The Arthurian legends have timeless appeal and Cheryl Carpinello’s book Guinevere: On the Eve of a Legend is no exception. As an educator dedicated to encouraging reluctant readers, and having taught the legends of Arthur to high school classes for nearly 20 years, the author knows her stuff and her love of the legend shines from every page. Although much has been written about Arthur both as boy and king, and books have been devoted to the adult Guinevere and her ill-fated marriage to Arthur, this book comes as a surprise by introducing Guinevere as a young girl. In fact, our heroine is truly on the eve of a legend as the book centers around Guinevere’s 13th Birth Day, the turning point for her, when she crosses over from being a child to a young woman. We find Guinevere in the opening pages having the time of her life. With her friend, seven-year-old Cedwyn, she spends most of her time playing, roaming the castle grounds and occasionally the forest, hunting for rabbits or mythical creatures. But life has plans for her, as Guinevere finds out, and life’s plans, a combination of what her father and the wizard Merlyn have decided for her, do not sit well with this fiery-tempered and independent young girl. Upon hearing she will be betrothed to the young brave King Arthur and then married to him on her fifteenth Birth Day, Guinevere decides to run away from home. She is not interested in being married and is even less interested in becoming a queen. Her attempt at fleeing is short-lived, partly because Cedwyn’s legs are too short to do much running, partly because foraging for food in the wilds loses its appeal very quickly, and partly because Guinevere realizes that she must eventually grow up and grasp her destiny with both hands. In this coming-of-age story, her friend and advisor Merlyn is there to guide and instruct her. With magicality, tenderness, and spinning a sense of enchantment, Merlyn uses the teachings of legends and the forest to illustrate the lessons one must face in life. In this way Guinevere realizes that if she enjoyed being a princess so much, it is just a small step to enjoying being a queen. She also understands how much her father loves her and that her happiness is all he desires. Besides, she still has two whole years to enjoy before having to really grow up.


Cheryl Carpinello’s take on the Arthurian theme is unique and enchanting. Her descriptions of everyday life, food, behavior, weapons, and attitudes of the early Middle Ages display a wealth of research. Information is subtly introduced to enhance the story and does not overpower the reader. Her descriptions are rich, palpable, and appropriate to whatever scene one reads. The moment when the children see the unicorns is one of poignant magicality. The scene with the brachet, the rabbit, King Pellinore, and the hapless Painted Dragon is roaringly funny! Cheryl Carpinello has created a book along the lines of The Once and Future King, with the same kind of appealing humor and dry wit in her Merlyn. She has included an interesting glossary for young readers to fully enjoy their understanding of an historical environment; as well as Q and A for educators, and a recommended reading list. I look forward to reading Cheryl’s next book Young Knights of the Round Table: The King’s Ransom.

You can read more about Cheryl on

How Publishing Works (in New York!) 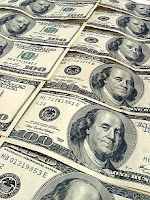 The problem with many writers is that they don’t understand how publishing works. I am sure that many still are exactly like I was. I wanted to write a book, so I wrote one. Then I naively assumed an agent would immediately put me on his/her books, they’d get me a publisher in as much time as it takes to sharpen a pencil and BOOM! pretty soon I would be raking in the dollars. Of course, soon the rose-coloured spectacles were yanked away and I had to face the reality of doing it all myself. So, you’re not alone. Publishers are a strange kind of animal. The more you understand them, the easier it becomes to accept that there are many reasons why your book has not been snapped up … yet! (Note the yet!) In addition, times have changed and there are now successful e-authors who have made a huge amount of money in e-publishing by themselves.

When it comes to being competitive in publishing, it's important to know as much about the landscape as you possibly can. Because regardless of how you publish, it's important to have a clear understanding of the publishing landscape in general. While you may not work within the traditional publishing model, you should always be aware of new models emerging, new trends, and publishers breaking new ground. For example, did you know that a few select publishers are starting to dabble in self-publishing? It's big news in the industry and when you keep your head in the market, you'll be able to stay in tune with what's happening out there.

We all know what the big six are good at. They know how to produce a quality looking book and get it into bookstores. They know the publishing landscape, and they know how to get a title to market. But making yourself and your book competitive is not about understanding the strengths of these publishers, but understanding their weaknesses. To know where they miss the boat is to gain access to a market segment and marketing ideas that you might have overlooked.

Publishers have particular criteria they look for in a successful book; the first is mainstream appeal, which is understandable since they have to appeal to a larger bookstore-driven market. If you have a book that is outside the mainstream, this is actually good news, unless you're trying to find a major house to pick you up. The idea here is to understand that traditional publishing dominates the mainstream, but it's the niches that tend to do very well. You'll see these books in places like the Writer's Digest book collection and smaller, off-the-radar publishing houses.

Most publishers (not all) do not do consumer research. How do publishers know what to publish? They often rely on bookstores to direct their attention, as well as trends, both cultural and celebrity. What does this mean for you? If you have access to consumer data, you are light years ahead of the big six. This doesn't have to be an exact science, either. Sometimes just having a mailing list on your website or even having a website where you interact with your consumer is sufficient. What this also means is that if you have access to this data and you are publishing mainstream, you are a very valuable writer to any publisher out there. Having access to this data is crucial for most of us and seen as a bonus when a publisher is considering a manuscript. One of the reasons you should get online early and have a mailing list is that the sooner you jump into the fold, the quicker you can start gathering this information. 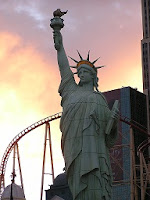 Niche markets have no appeal to publishers and ironically, that's where the trend of successful authors is headed: into the niches. Chris Anderson addressed this in his book The Long Tail: niches can be powerful but New York publishers stay away from them.The popularity or lack thereof isn't the reason that these publisher divert from printing these titles. It's because their entire model is set up to cater to mainstream product, so to slot some obscure, niche work in there would never work.

Publishers don't sell from their websites; many have tried and failed. Why? Because the publisher isn't the brand, the author is. This is starting to change in some areas as publishers seek to bypass Amazon and gather their share of the consumer market. Most consumers don't really identify with a publisher as much as they do an author or a trusted online shopping portal like Amazon or BN.com. What this means to you is that if you can sell direct to consumer and bypass the traditional consumer model, you might actually do better than if you try to compete in a cluttered sales space. The other option (and usually most preferred option) is that authors sell from their own websites as well as from Amazon and other online stores.

Weakness #5: New York Publishers Only Promote Their Authors to the Top 30 Media Markets

When publishers develop marketing plans for their books, they don't look at markets that aren't in the top 30 (the list of top 30 media markets follows below). What does that mean? Simply that if you're in one of those markets, you might want to consider promoting there as well as in any outlying areas that aren't considered "top markets," especially during heavy promotional seasons. While it might seem discouraging to try to compete with a major publishing house if you live in Los Angeles or New York (both are top five markets), keep in mind that there are a number of markets not even on this list. For example, if you live in Los Angeles, maybe you want to saturate the Orange County market. It didn't make the list but it's close enough to the Los Angeles area that it could affect interest there as well. In order to succeed in publishing, you must have a working knowledge of all facets of the market. Understanding traditional publishing is one of them.

Knowing the landscape and marketplace will position you for success and you likely won't get caught off guard by a stumbling block or situation that could have been avoided. Know your market - the more you do, the faster you will succeed!

So, the first step to your writing success is understanding the publishing landscape. Best of luck with whatever publishing route you choose!

Reprinted from "The Book Marketing Expert newsletter," a free ezine offering book promotion and publicity tips and techniques.
Posted by Fiona Ingram at 5:45 AM No comments: