1) My start in business was with Lloyd’s of London as a Broker specializing in insurance against Kidnap and Ransom and Expropriation of Assets by unfriendly Governments or Regimes. After 5 years I made the switch to The Muppets with Jim Henson.

2)  One morning I showed up to work at Jim Henson’s house which doubled as our office and found a man sitting with his feet up on my desk. I assumed he was Jim’s driver and asked him to take his feet off and wait outside. Jim then came into the room and said he was not going to the studio and didn’t need a driver. “The chauffeur” was actually Steven Spielberg who had come for a meeting. Spielberg had the last laugh though. Six months later while queueing outside Beverly Hills Hotel valet parking, he leaned over to ask if he could give me a lift and should he wear his chauffeur’s hat!

3)  At 25, I was invited to lunch at the classic Hollywood haunt, Chasens in Los Angeles. My host was a well-known producer.  As we entered, the Maître d’ came up to my host to say Frank Sinatra was having a birthday lunch and extended an invitation for him and his guest to join his party. Mr. Sinatra was the epitome of graciousness and introduced himself, his wife Barbra Marx and the long table of famous people. The last person was a bald gentleman who resembled Mr. Magoo.

“Last but not least Mark, this is Max Factor.” I lost it... “Max Factor,” I cried out. “There’s a Max Factor?!” Mr. Sinatra turned to my host “Who is this English Limey who doesn’t blink at a table full of Hollywood Royalty but freaks out at meeting Max Factor?”

4)  I co-owned a music Management company that launched Neneh Cherry and her multi-million selling debut album, Raw Like Sushi.

5)  I have dual nationality, UK and Swiss, speaking fluent French and some German and Italian. My first TV Series, 72 action half hours called Crossbow was the adventures of William Tell and so a nod to my ancestry.

6) I was Executive Producer on a number of TV series and mini-series, the last being Treasure Island with Eddie Izzard, Donald Sutherland, Philip Glenister, and Elijah Wood for Sky and NBC Universal.

7)  I am a Co-founder of a leading seed to shelf CBD supplier, Dragonfly Biosciences. Our product is sold worldwide. In the UK it is in Harrods, Boots, Tesco, Sainsbury, Ocado and Pharmacy chains such as Day Lewis and Cohen’s.

8)  I have scuba dived since I obtained a license at 16. My teachers were the crew of Jacques Cousteau’s Calypso during their down time. Many years later I did a show with him and John Denver in Moscow.

9)  I have been fortunate enough to visit 120 countries. However, I still want to see Antarctica.

10) Film and TV by its very nature is a collaborative venture. I wrote my book, Fall Out because I wanted to create something that I can only argue about with myself! I set out to create a franchise of thrillers set in the film industry, a world everyone is fascinated about and which I have hands on experience. I enjoy writing and worked with a number of writers in production. Furthermore, I write a blog www.andanotherthing.com which is now in about 40 countries. 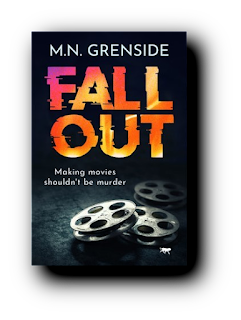 An LA screenwriter is killed shortly after completing his latest script, FALL OUT – a thriller destined to be a blockbuster but written with a secret double purpose.  Echoing events from the past, the screenplay is sent to a very specific group of people and will change their lives forever.  All are connected to a movie that had abruptly stopped shooting in the jungles of the Philippines years before.  FALL OUT exposes the truth about a conspiracy and murder that led to a half-a-billion-dollar fortune for a select few. Follow the story of Producer Marcus Riley, who sets out on an increasingly dangerous quest to get FALL OUT made.  From a powerful agent’s office in Hollywood, hidden treasures in Belgravia and a remote chalet in the Swiss Alps to murder at the Cannes Film Festival, Marcus teams up with designer Melinda (Mako) de Turris as they and the other recipients of the screenplay are pursued by an assassin from the past.With clues cleverly concealed in the screenplay, Marcus and Mako unravel a lethal puzzle that for some will bring death, others the truth and ends in a cave with a shocking secret… 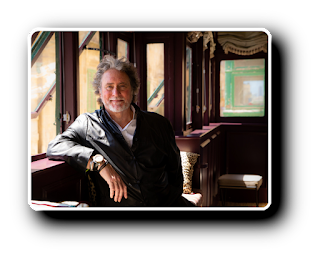 Mark Grenside, born and raised in London, began his working career straight out of school at Lloyds of London, specializing in Kidnap, Ransom and Extortion Insurance. At 25 it was time for a career change and to dump the suit and tie, so he started his media career working for Jim Henson and The Muppets©. From that moment on he has been involved in Entertainment and nearly every aspect of it. In addition to his love of cooking, an unhealthy amount of time and money is lavished on a collection of classic cars that he has raced all over the world. He enjoys risk and has parachuted in New Zealand, scuba-dived in the Pacific, hang-glided in the Himalayas and even tobogganed down the Cresta Run. In nearly every case chasing after his wife who is utterly fearless!

He is now writing the follow up to Fall Out, entitled The Bastion. In addition, he writes a humorous blog with subscribers in more than 40 countries. www.andanotherthing.com