The Magic of White Space

Have you ever wondered why some books are such a mission to read, and others ...well, you literally fly through the story, swept along by a great plot and gripping elements. The answer is quite simple and who better to explain why than Randy Ingermanson, who offers loads of simple writing advice. 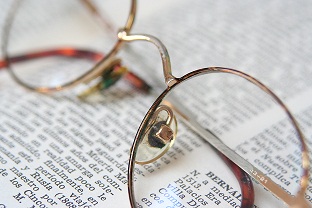 Part of this is just a psychological illusion.

When someone is reading a scene with a lot of white space, their eyes zip rapidly down the page.

Before they know it, they're  flipping the page, and then the next, and the next.

White space makes your reader feel like they're flying.

As I said, this is a psychological trick, and by itself it doesn't mean very much. Pace is about more than reading pages rapidly. Pace is about the amount of conflict coming at the reader on each page.

Don't confuse conflict with mere physical action. Conflict is about trading punches, but most often those punches are verbal or psychological, not physical. 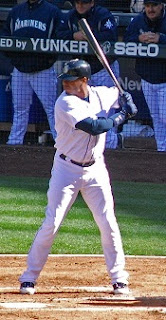 Conflict is a lawyer cross-examining a lying witness. Conflict is a woman trying to get her man to tell her what he's really feeling. Conflict is a baseball player stepping up to the plate with the tying run on third and facing the league's toughest pitcher in the final inning of the World Series.

Conflict is about back-and-forth.

You get the least conflict per page when you use a lot of description, narrative summary, and exposition. All of these tend to use long paragraphs that focus on a single thing.

You get the most conflict per page when you have a lot of action and dialogue and when you alternate rapidly between characters. Doing that will naturally give you a lot of short, punchy paragraphs.

The more paragraphs you have, the more white space on the page.

This isn't complicated, so I'm not going to belabor it. White space is magic, not because it CAUSES good writing but because it's an EFFECT of good writing.

If you've got a scene that your critiques are telling you is slow and boring, take a look at how much white space you've got. You probably need more.

Look for every paragraph longer than five lines. Can you break it up? It probably has some description or long explanation or something else that you're certain your reader can't live without. Kill it. Get rid of it. Be a brute. 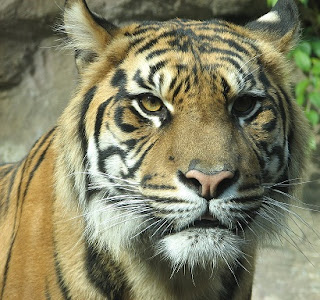 Here is where you protest that you can't do that—your reader will hate you forever for cutting out that long horrible explanation about the history of mildew. Fine, if it's that important, then cut it down to three lines. But you know in your lying little heart that it's not that important. It may be that the paragraph has no description or explanation at all. In fact, you may believe it's packed with action. The tiger and the vampire are locked in a wrestling match to the death. But if that paragraph is longer than five lines, you're probably using narrative summary. You're telling your reader about the fight, rather than showing the fight.

If a fight is worth having in your story, it's worth showing, punch by punch, snarl by snarl, bite by bite. Break up that long paragraph into a sequence of actions and reactions. One paragraph for the vampire, one for the tiger, back and forth, until you have a victor. When you do that, you'll naturally produce a lot of white space. Your eyes will tell you when you've done enough.

It's possible to go too far, of course. You don't want to have an entire novel of one-line paragraphs. White space is wonderful, but there can be too much of a good thing. I've seen two writers who used too much white space. Oddly enough, both of them are best-selling authors. I've never seen a bad writer use too much white space.

If too much white space is your problem, there's an easy fix for it. Just add in some interior monologue, some sensory description, and even an occasional bit of exposition to fatten up a few paragraphs.

This article is reprinted by permission of the author. Award-winning novelist Randy Ingermanson, "the Snowflake Guy," publishes the free monthly Advanced Fiction Writing E-zine, with more than 31,000 readers. If you want to learn the craft and marketing of fiction, AND make your writing more valuable to editors, AND have FUN doing it, visit his site. Download your free Special Report on Tiger Marketing and get a free 5-Day Course in How To Publish a Novel.
Posted by Fiona Ingram at 1:14 AM

What a great article! This isn't the first time I've read about this writing technique but it's true. Shorter sentences and paragraphs help your reader feel like they're speed reading your book and loving what they read.

Thanks for the advice and I hope many learn from it!