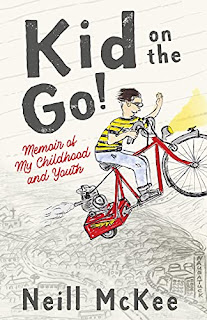 Neill McKee takes readers on a journey through his childhood, adolescence, and teenage years from the mid-40s to the mid-60s, in the small, then industrially-polluted town of Elmira, Ontario, Canada—one of the centers of production for Agent Orange during the Vietnam War. McKee’s vivid descriptions, dialog, and self-drawn illustrations are a study of how a young boy learned to play and work, fish and hunt, avoid dangers, cope with death, deal with bullies, and to build or restore “escape” vehicles. You may laugh out loud as the author recalls his exploding hormones, attraction to girls, rebellion against authority, and survival of 1960s’ “rock & roll” culture—emerging on the other side as a youth leader. After leaving Elmira, McKee describes his intensely searching university years, trying to decide which career path to follow. Except for a revealing postscript, the story ends when he accepts a volunteer teaching position on the island of Borneo, in Southeast Asia.

In writing Kid on the Go!, I learned that it is possible to write in a child’s voice with the descriptions, perceptions, thoughts, and dreams of a child, accompanied by dialog between me as a child and other children, as well as adults, while also adding a present-day, historical perspective or reflection in a more mature voice. I did this by simply putting the latter in brackets. For instance, I was born less than a year after my brother—what we called “Irish twins”—a lack of birth spacing. We were not Catholics but then again, birth control was haphazard in those days. At any rate, right after I was born, I was all withered and wrinkled, looking like a little old man. When my mother brought me home and showed me to the Mennonite lady who lived downstairs, the lady said, “I’m sorry Alma, but you won’t raise him.” I added a possible explanation in brackets, using a mature voice on why I looked so malnourished: [Years later, I concluded my mother was breastfeeding my brother and robbed me of a lot of nutrients while I was in her womb—a major problem one can encounter when entering the world as an Irish twin.] Although the story of what the Mennonite lady said was an oft-repeated tale by my mother, the part in brackets is clearly something that I would not have known about as a child. Possibly my mother did not know it either. To give another example, starting in the 1940s, the chemical factory in our town made an insecticide called DDT and two herbicides, 2,4-D and 2,4,5-T, which were sprayed on lawns, gardens, and parks. The town council aimed to make Elmira “the first weed-free town in Canada.” I introduce this in Chapter 1 in brackets because I never knew the exact chemicals when I was a child and knew nothing about the town council. I only knew that on many days the town stank! Then in Chapter 14, when I am in high school, I reveal that our chemical factory was one of seven North American facilities that made the infamous Agent Orange used as a defoliant by the US Army in Vietnam. Agent Orange was produced by mixing 2,4-D and 2,4,5-T in equal and high concentrations. It caused thousands of innocent civilians to die or become severely ill and crippled, deformed fetuses in wombs, and produced much long-lasting environmental damage that continues to have effects on humans and animals today. I didn’t know this was taking place in the early 1960s (as was the case with most residents of Elmira). So, I put this information into a kind of “flash forward” and put it in brackets. In the book, I also changed my writer’s voice as I mature and included a postscript from a present-day point of view to tie up some unresolved issues. For instance, I briefly include the findings of my research on my hometown’s involvement in making Agent Orange and other chemicals, such as DDT, and their long-lasting effects. Many reviewers and readers seem to appreciate that I did not leave this hanging. 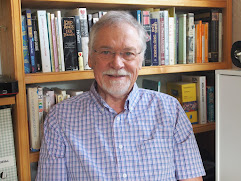 About the Author: Neill McKee is a creative nonfiction writer based in Albuquerque, New Mexico. He has written and published three books in this genre since 2015. His latest work is Kid on the Go! Memoir of My Childhood and Youth, a humorous and poignant account of his growing up in an industrially polluted town in Ontario, Canada, and his university years. This memoir is a stand-alone prequel to his first travel memoir Finding Myself in Borneo: Sojourns in Sabah (2019) on his first overseas adventures in Sabah, Malaysia (North Borneo), where he served as a Canadian volunteer teacher and program administrator during 1968-70 and 1973-74.