Book Feature: The Man Who Transformed Africa: The Rebirth of a Continent 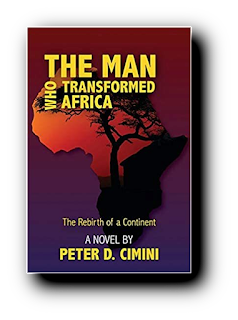 The novel opens with Vatican intrigue between liberal and conservative cardinals, which leads to the unlikely selection of an Indonesian pope. Seizing the opportunity, the new pope uses his ex-cathedra (papal infallibility) to declare poverty to be an immoral human condition. The pope decides to lead by example, taking the provocative step of selling Vatican treasures to fund a long-term plan to build a strong middle-class society in Africa. The novel follows the pope, an ex-president of the United States, and an African nationalist during the first two years of an estimated twelve-year project to build a strong African middle-class society.

After a year-and-a-half of steady progress, the ex-president and the African nationalist realize they have miscalculated the costs of irrigating the African tropical savannas, and the project stalls. A brilliant, young autistic project employee, originally hired to oversee the use of Africa’s natural resources, solves the irrigation problem, allowing the plan to continue moving forward. The autistic project employee later comes to the rescue once again when he clears the name of the ex-president, who had been falsely accused of bribery. The author believes the fictional narrative of this unique story will show the need to stabilize Africa’s social order, infrastructure, and land use, which would result in an economic rejuvenation of the continent, eventually turning Africa into an agricultural giant.

5 Things You Should Know About This Novel

1. This novel is a work of fiction that is dived in two parts. Part 1. The Vatican and Part 2. On the ground in Africa.

2. This novel includes only the first two years of a twelve-to-fifteen-year project to build a strong middle-class African society. Attempting to include all the years of this project would result in a dictionary length book. Second, development of characters during fifteen years would be counterproductive.

3. The Epilogue included in this novel is a snapshot of many of the characters beyond the first two years, and the increase of donations due to the surprise ending.

4 In the Vatican part of the novel there is reference to Catholic cardinals who argue over conservative and liberal Catholic interpretation.

5. Ever since elementary and going further in schooling the author was always confused by teachers who would on the one hand talk about the wealth that was underground in Africa, and the severe poverty of the African people. 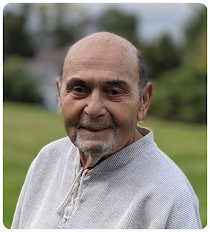 Author Peter Cimini was born in New York City, in the borough of the Bronx. He attended both a Catholic elementary and high school. Mr. Cimini holds bachelor and masters degrees from New York University. He was a teacher both in New York and Connecticut, and served students twenty years as a curriculum specialist, overseeing and writing curricula. He is also the author of The Secret Sin of Opi, on the topic of missing and exploited children. His favorite novel is Pillars of the Earth by Ken Follett. Author Cimini admires the works of writers Kristin Hannah and Nicolas Sparks. He lives in Connecticut.
Posted by Fiona Ingram at 2:26 AM