Tired of only ever reading about 20-somethings in chick lit romance? Now for a romance that is different and relevant. This is the kind of romance novel many women will relate to. 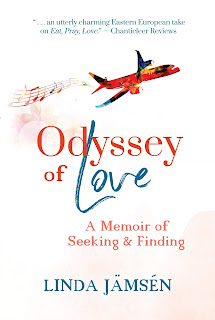 About the Book: When Linda doesn’t receive the marriage proposal she had long been expecting from her boyfriend on her 41st birthday, she reluctantly visits a psychic, Angelica, who predicts that Linda will soon leave him for a romantic and music-filled Odyssey in Europe. There, a “Russian icon” will lead to her future husband, a “tall man with glasses.” Skeptical at first, but eager to explore her Eastern European roots and reignite her passion for music, Linda moves to Hungary, the land of her idol, composer-pianist Franz Liszt. In Budapest, she reinvents herself as an English teacher and joins a chorus. Soon, she’s performing at the Liszt Academy of Music and Tel Aviv’s Opera House. With Angelica’s vision in mind, Linda vows to “settle down, not settle for,” but is tempted by romantic close calls: Gabi is gorgeous but too immature; David in Amsterdam fits Angelica’s description to a T, but his British reserve needs some defrosting. Liszt look-alike Ádám has it all, including a wife. With her teaching and singing gigs ending, Linda flies to Finland for one last trip before moving back to Boston. But is her Odyssey truly over, or is it just beginning? 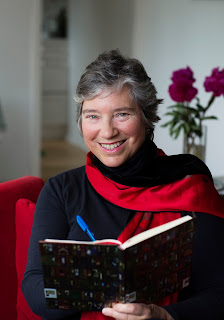 About the Author: Linda Jämsén is an American ex-pat writer-musician living in Finland. She grew up in New York, holding a book in one hand while exploring the piano keyboard with the other. Mesmerized by her mother’s playing of the Romantic repertoire, she soon studied piano with her and later graduated with a B.A. in Music from Bard College. Linda is also an avid choral singer and has performed in Hungary, Finland, the UK, and Israel. During her years in Boston, Linda raised funds for a variety of philanthropic causes and completed the graduate management course at Radcliffe Seminars/Harvard. However, longing to return to her musical roots, in 2001 she moved to Budapest, land of her musical idol, Franz Liszt. There, she volunteered for the Music Academy in his name and received a CELTA certificate from International House, where she then taught English as a foreign language. Her musical, romantic, and travel adventures abroad inspired her to write Odyssey of Love: A Memoir of Seeking and Finding, her literary debut.

Fill in the Rafflecopter in the link to win a free giveaway! Odyssey of Love Blog Tour & Giveaway | WOW! Women On Writing Blog (wow-womenonwriting.com)

Thank you, Fiona, for featuring my memoir on your blog during the tour. I appreciate your comments and wish you much luck with your children’s adventure books.