The Inspiration Behind Through Dangerous Doors by Robert Charles Lee 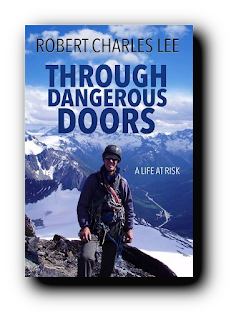 The idea for a memoir popped into my think-meat when I retired from a career in risk assessment and management. To give you a little background - for over twenty years I worked with risks ranging from exploding gas pipelines to medical errors to radioactive waste to asteroids hitting the Earth. Shortly after I retired, I realized few people I worked with (or in general) have experienced particularly risky lives, outside of everyday risks such as driving a car, eating unhealthy food, and so on. Or, they may have lived through brief risky periods, such as crazy teenage years or service in the military. In contrast, I’ve actively done and been subject to risky stuff over a period of six decades, plus I built a career focused on risk. Further, my rough childhood probably affected my lifelong views of risk. So, I thought the perspective of an author who has thought hard about risk his entire life might be interesting and entertaining. I don’t think most people think about risk in the way that I do, and I’m not aware of any similar memoirs.

I had some writing challenges. For example, I never kept a journal, except in the form of photographs after I bought my first camera in my late 20s. I regret not journaling my life, but I never planned to write a memoir, or write anything at all aside from scientific papers and reports and emails to my friends. I have no training in creative writing. So, embarking on a memoir was a big risk. As a test, I began by writing about a particularly life-changing period. I moved to Southeast Alaska after graduating college and worked in a dangerous job. I found I could remember this period with clarity once I got into it, even though it was in 1979. I Googled one of my old co-workers, magically found him, sent him an excerpt, and asked him whether I captured things in a realistic fashion. He replied that I captured the place, time, and people perfectly.

With this encouragement, I wrote about my early childhood, and sent excerpts to my siblings. With minor changes, they all said I captured it well. So, I started to fill in the blanks. The most recent three decades were relatively easy, as my photographs and my wife Linda functioned as memory aids and fact-checkers. I focused my stories on both involuntary and voluntary risk. For example, I’ve climbed a lot of mountains, ever since I was a teenager trying to escape a dysfunctional family. Initial drafts included more mountain climbing than the published memoir. I cut these sections down because I didn’t want the book to be about climbing. I was never a famous climber, and most people who choose books in the ‘adventure’ genre want to read about famous people doing amazing things. I wanted to entertain readers with stories about a wide variety of my life’s risks, but also educate as to how I managed them.

I can’t emphasize enough the important role of my editor, especially for somebody like me who’d never written anything substantial for a general audience. She gave me invaluable advice, such as “don’t call somebody a jerk – present the person and situation and let the reader decide if he’s a jerk.” My own music production experience helped as well. I think I’m adept at whittling down musical pieces to the essential, wheat-y parts; and discarding the chaff. There’s no chaff in my memoir, or at least I don’t think so.

As I’m naturally impatient, publishing this book was a challenge for me, especially because this occurred during the early days of the COVID-19 pandemic and the world slowed down (talk about risk. . .). I initially tried the traditional literary agent/major publishing house route. I heard crickets. I found this traditional publishing business to be a paradoxical one; very different from any other business I’d ever worked with, and I’ve worked with many. Many agents and publishing houses seem to actively discourage the author-customers who pay their bills. I don’t know how they survive.

I eventually found a publisher who employs a hybrid model under one of their imprints. The author pays a fee, but the company provides professional editorial, proofreading, publication, and marketing support. The author has a lot of control over the final product and earns higher royalties compared to traditional publishing. Compared to self-publishing, it’s less work and direct expense for the author. However, as I don’t have publishing experience with these other models, I can’t say which is best for a particular genre, author, or book.

Putting my story ‘out there’ was a big risk in itself. I was gratified when I started to get good reviews, and one even said reading my book was like watching a scary movie. However, my intent was not only to entertain, but also to educate. Another reviewer put it this way: “You can kick back and enjoy the read and its many 'holy s&%t' moments, or you can take up the challenge to think about - and to digest - the lessons learned and the impacts of choices and associated actions and outcomes.” This is exactly what I intended. Many good books I’ve enjoyed over the years have struck me in a similar fashion. I hope readers enjoy my story as much as I’ve enjoyed my life!

Through Dangerous Doors is available on Amazon. 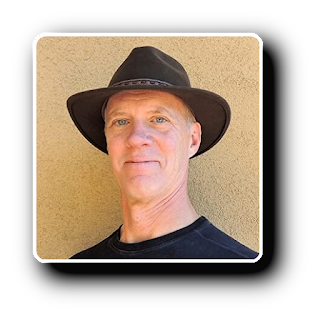 About the Author: Mr. Lee is a retired risk scientist with over twenty-five years of academic and applied risk analysis, decision analysis, and risk management experience in a wide variety of contexts. He has authored over one hundred peer-reviewed scientific works, as well as over one hundred technical reports for industry and government agencies. Prior to this professional risk work he was a manual laborer until he reckoned that he could use his brain for a living.
Posted by Fiona Ingram at 5:04 AM