Every author knows that book reviews are important. Why? Simple. Reviews guide the readers (your potential buyers) in the right direction. It helps to have rave 5-star reviews; it hurts to get dismal 1-star reviews. Most authors dream of having hundreds, nay thousands of reviews, like some of the top authors out there.


The NY Times says: “Reviews by ordinary people have become an essential mechanism for selling almost anything online; they are used for resorts, dermatologists, neighborhood restaurants, high-fashion boutiques, churches, parks, astrologers and healers—not to mention products like garbage pails, tweezers, spa slippers and cases for tablet computers. In many situations, these reviews are supplanting the marketing department, the press agent, advertisements, word of mouth and the professional critique.” 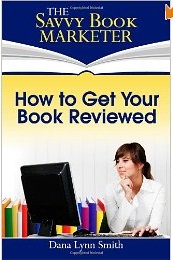 But getting reviews is hard work, even when there are helpful guides, such as Dana Lynn Smith’s resource page which, among other useful ‘how to’ publications, actually has a book called How to Get Your Book Reviewed. (It’s brilliant!)

Aha, but therein lies the rub. The ‘hard work’ part. The author has to hunt down people (friends, relatives, colleagues, bloggers, and perfect strangers) and persuade them to read and review the book, giving up their time for no reward. You, the author, get the reward because ultimately their opinion will maybe persuade a (huge!) number of people to purchase your book/s.

Isn’t it soooooo much easier to cut to the chase, eliminate the middle man (reviewers), and write them yourself?

Brilliant idea! And at the same time you’re elevating your own work to the stars, you can trash the opposition, or anyone who might possibly sell more books than you.

This ugly phenomenon first reared its head in a 2010 article in The Guardian revealing how historian Orlando Figes praised his own work and denounced that of his rivals by using fake Amazon accounts to post reviews. He first denied it; even suggesting his wife had done this without his knowledge, and then finally crumbled and confessed, citing ‘intense pressure’ as the reason. Hmmm. One wonders. But then, academics live in the rarified atmosphere of academia and they are fond of saying, “Publish or perish,” so maybe he did just go temporarily off the rails.

However, the lurgy struck again, this time in the world of fiction writing. In August 2012, the NY Times reported a book review scam—masses of paid Amazon reviews.

“Suddenly reviews, of anything in fact, have become vitally important. … But not just any kind of review will do. They have to be somewhere between enthusiastic and ecstatic.”

A site called GettingBookReviews.com (now defunct) created 4531 reviews, mainly for self-published authors, historically the desperadoes of the publishing world and possibly capable (Ha! Ha!) of the lowest of tricks to get positive reviews. Owner Todd Jason Rutherford could not keep up with the demand, so he created a mini industry of reviewers who churned out the reviews. Even John Locke admits (unblushingly) to using his services. The axe fell when an unhappy client criticized the site and demanded a refund. Google cancelled Rutherford’s advertising services and Amazon removed many of his reviews.

Still, ‘real’ (traditionally published) authors seemed to be above all these tacky tactics. 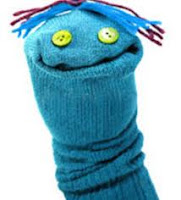 But wait! There’s more! In late August 2012, an article appeared in Forbes alerting readers to another shocking development in the fake review department: at the Theakston Old Peculier Crime Writing Festival, successful author Stephen Leather confessed, during an on-stage panel discussion, that he used fake accounts to promote his own books. For the uninitiated or the ethically minded, this is called ‘Sock Puppetry’ (with apologies to all sock puppets out there)

Can it get worse? Yes.

Suw Charman-Anderson reported in an article (3/09/2012) in Forbes that: “Best-selling crime writer RJ Ellory has turned out to be the latest author exposed in the ongoing saga of fake Amazon reviews, a can of worm that just keeps on wriggling. Ellory was the winner of the Theakstons Old Peculier Crime Novel of the Year 2010 for his novel, A Simple Act of Violence.”

So, at the end of this dismal list, what can one derive? That even traditionally published, successful authors who actually have the advantage of a publisher at their back, grinding away at the publicity machine, seem to think it’s okay to lie, it’s okay to cheat the public, treating them like a bunch of ignorant sheep. 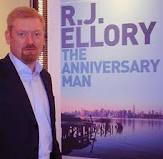 Although Ellory said it was a lapse of judgement in his apology, one wonders how it is possible for anyone to have multiple lapses of judgement. One assumes a lapse of judgement happens when blind rage or intense emotion takes over, and one does something stupid … once … and regrets it thereafter. Somehow, these guilty parties managed to think their way through creating fake Twitter and review profiles; managed to create brilliant reviews for themselves, and also thought up horrible snipes about their rivals—all while in the grip of lapses of judgement.

Lying is lying. Cheating is cheating.

In February 2012, The Guardian posted a cautionary article entitled Plagiarist Beware: The Internet Will Find You Out.

It did in the case of Kay Manning, who had plagiarised sections of a number of romance books. Her excuse? She thought they were parts of her own work on her computer… Huh?

Clearly, the lesson was not learned. Even worse was a report in the New Yorker about Q.R. Markham (real name Quentin Rowan), the author who pieced together his lauded debut from an amalgamation of spy thrillers. Famous spy thrillers. It was inevitable that someone would notice. In Assassin of Secrets, there were thirty-four instances of plagiarism in the first thirty-five pages. He’d cobbled together his novel from a variety of great novels. Rowan later blamed his publishers for putting him under pressure.

The bottom line is this: in all these cheating, jiggery-pokery, and smoke ‘n’ mirrors tactics, how much time did these authors waste in faking it, time that could have been more usefully employed in actually writing more books?

Although some opinions veer towards blaming Amazon, ask yourself: is Amazon the moral police officer of publishing? Amazon is a big shop front. It’s a gigantic store that sells loads of products. That’s their job.

It’s our job, as humans, to self enforce the rules for living. Thou shalt not cheat/steal/lie/dissemble/pull the wool etc. Everyone knows right from wrong. How much more reprehensible is it when writers, traditionally (like artists, playwrights, and poets) the people who hold a mirror up to society and point out our foibles/faults etc in their wonderful stories, deliberately and on numerous occasions seek to puff themselves up, and obtain praise by fraudulent means. It’s like cheating in an exam or faking your qualifications.

Although others have thought there will be little or no impact on these authors, it seems that you can fool some of the people some of the time, but not all of the people all of the time. There has been a backlash. Crime writers like authors Ian Rankin, Lee Child, and Val McDermid were among the 49 writers to condemn the “underhand tactics” of colleagues.

A last word from the CEO of Smashwords, Mark Coker about what makes a book great:

“The most powerful marketing secret is to write a super-fabulous book that markets itself. If a book can’t market itself through the passionate word-of-mouth of readers, the author’s marketing will be less effective. How does an author create a book that markets itself? The secret is to write a book that touches the reader’s soul. The reader must love it, and this holds true for both fiction and non-fiction.

If they feel passion for the book, they’ll leave you a five star review, not a three star review, and they’ll tell all their friends and family to purchase it as well. Reader passion gets you word of mouth and social media buzz, and this drives sales.”

Bring back ethics, morality and good, hard work on creating fantastic books. Then the sales, and the reviews, will come.

Fiona, thanks for sharing this information about questionable book reviews and for recommending my "How to Get Your Book Reviewed" book.

There's a lot of controversy over the issue of paying a fee to get reviews. Reviews like those described in this article raise questions of ethics and of undermining the trust of consumers. There are other types of review services that involve a fee, such as guaranteed reviews from major review publications or paying a fee to list a book on a website where reviewers can select books to review.

I'd recommend that anyone considering paying for review services consider whether the reviewer will actually read the book and provide honest feedback, or if you are just paying someone to write something nice about the book for promotional purposes.

I also encourage authors to fully explore their options for free reviews before paying for reviews. In addition to reviews on online bookstores, books can be reviewed and recommended in a variety of other places, including blogs and websites, forums, online reader communities such as GoodReads, book review journals and other publications. Virtual book tours can be particularly effective in getting reviews, especially for fiction.

Thanks for the added advice, Dana. Maybe this scam will shake up the book review end of publishing and alert both authors and readers to the positive and negative side of the review system.

True, sockpuppetry is disgusting, especially when some of the authors concerned would seem to have sufficient talent not to need it.

But it's been around for a while. In his epic of Don Quixote, Cervantes boosted his own book Galatea - by including it in Don Quixote's own library! What's more, he made it irresistible by having the villagers in the story condemn it as a very naughty work.

Sock puppets, eat your heart out...

True, sockpuppetry is disgusting, especially when some of the authors concerned would seem to have sufficient talent not to need it.

But it's been around for a while. In his epic of Don Quixote, Cervantes boosted his own book Galatea - by including it in Don Quixote's own library! What's more, he made it irresistible by having the villagers in the story condemn it as a very naughty work.

Sock puppets, eat your heart out..

I have read how a few more 'classic' writers actually did similar stuff, so the idea is not new!