What Writers Can Learn From Prometheus!


So, what can writers learn from Prometheus? 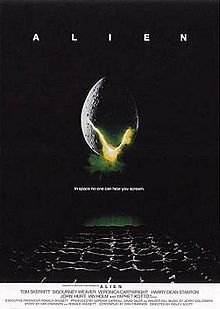 I just watched the new Ridley Scott film Prometheus. Is it good? It’s great. But is it good? No, not really, if you’re interested in the story, the fact that it’s the prequel to the wildly successful Alien franchise, and if you’re a stickler for tying up loose ends. If you’re the kind of person who doesn’t mind threads not being carefully tied up by the end of a film or book, then don’t panic. Sometimes it’s good just to go along for the ride. But if you’re the pernickety kind of person that all writers should be, then pay attention.

Story: Set in the late 21st century, the story centres on the crew of the spaceship Prometheus as they follow a star map discovered among the remnants of several ancient Earth cultures. Led to a distant world and an advanced civilization, the crew seeks the origins of humanity, but instead discovers a threat that could cause the extinction of the human race.

﻿﻿﻿﻿﻿﻿﻿ ﻿﻿﻿﻿﻿﻿﻿ Now read this Forbes review, which posed many of the questions I asked myself as I walked out the theatre. How, why, when, why not, no, really, you can’t be serious, oh, please! – all the questions/comments readers/viewers should never have to ask at the end of a book/movie.

So, the lesson writers can learn from Prometheus is this: keep a tight hold on your story. Grab it by the tail and don’t let it go, not for a second.

Helpful Hint: Answer every question and tie up every thread by the end of your book. A nifty way of doing this is to make a synopsis of each chapter once you have written it. Then when you have finished your manuscript, and the accompanying synopsis for each chapter, read the manuscript backwards (yep, backwards) and check if you have answered every single question that an alert reader might raise. How did Character A get the amazing artifact? How or why did Character B get motivated to do whatever? Is the secret everyone’s been trying to discover actually worth all the trouble people took to conceal it? As you edit your own work, ask the questions as each character confronts them, and then write them down. By the end of your book, go back, read the questions, and answer them. If you can’t, then your reader can’t.

Helpful Hint: This was a big problem for me in the movie and so much so that the characters’ sometimes-idiotic behaviour actually diminished their authenticity for me. You’re asking readers (or in this case, moviegoers) to suspend their disbelief and join you in an incredible story that will move/excite/anger/do whatever to engage their emotions. So, make sure your characters behave like real people and that they don’t do things that are uncharacteristic just because you have to make your story move along.

Did I like the movie? I LOVED it, until I started asking myself all these niggling questions. But, I still loved it. I'll probably buy the DVD.