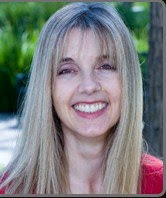 Another murder author takes the page today with an interesting writer Jen Hilborne. Jen straddles two continents—born in the United Kingdom and living in the USA. I’m sure that puts an interesting slant on her writing. Madness and Murder is her debut novel. Congrats Jen! Let’s hope you’re another Agatha Christie!

Frustrated by the rising body count and lack of evidence, veteran homicide detective, Mac Jackson, questions his own ethics when he risks the life of an innocent young woman to trap a cunning and sadistic serial killer. Known for his uncanny precision with a hunch, he is all too aware that, this time, the stakes are much higher if his gamble fails to pay off. Jessica Croft, withdrawn, vulnerable, and emotionally scarred, moves from Sacramento to begin a new life in San Francisco with her twin brother, Judd. Ninety miles from the sinister, shameful secrets of her past, and the madness that tore their family apart, she hopes to find tranquillity, maybe even love. However, her chance for happiness is short-lived when she suddenly finds herself the target of a relentless madman with a deadly agenda. Loath to continue living a life of fear, Jessica tells no one when she takes a bold risk to draw him out; dangerously unaware of the trap he has already set for her. Now nothing may be able to save her except the accuracy of a hunch.

Tell us about yourself, and your writing background. This is your first book so what did you do before then? Were you interested in writing or just enjoying being a reader?
I’m a native Brit currently living in the US with a background in the world of real estate and finance. I've always loved reading, and have dabbled with writing for years, however, I only thought about writing a novel a few years ago. My earlier scribblings are children’s stories and high-school essays. I started writing Madness and Murder in 2007, and finished the first draft eleven months later. Then came months of editing. The manuscript was accepted by Echelon Press in 2009, after I met my publisher at a writer's conference in San Diego.

Madness and Murder is quite an international mystery. Murder across continents, in fact. How did your storyline end up taking such intercontinental twists?
Madness and Murder takes us on a cross-continental journey because I like to travel, and I'm sure most other people do, too. Quite a few elements of real life are woven into the novel and quite a few of the characters are based loosely on people I know, myself included. I used real life journeys and situations to create many of the scenes (but not the murderous events, I hasten to point out).

I recently did a blog post on types of murders, genres, and Sheila Lowe, another murder mystery writer actually divided them for me. Maybe you can tell us where yours fits in.
I would say Madness and Murder fits somewhere between psychological suspense and thriller. We get into the mind of the killer from time to time and are privy to the murderous deeds he/she is planning, even though we don't initially know his/her identity. The pace is quick, and the murders piling up are violent and sadistic in nature. We know the killer enjoys killing. Madness and Murder is character driven, with plenty of twists and turns to keep the reader guessing. We get an in-depth look at the characters to help us understand what makes them tick, even the killer.

It sounds as if you're having loads of fun writing—what's the best part of it?
I love everything about writing. I love making things up, and writing a novel means I can do it without getting into trouble. I usually begin with a title and a loose idea in my head for a motive and how the novel will end. After that, I decide what method of murder will be used, and then I sit down to write. I don't plot it all out in advance. Many of my characters show up uninvited and tell me what they want to do, where they want to work, and what their grievances are. When I wrote Madness and Murder, the villain invited himself into my story half way through and completely changed its direction.

Aren't you a bit worried you have all these murderous tendencies?????
The question made me laugh. I joke that my boyfriend sleeps with one eye open. I believe most adults have the ability to murder, but of course, most of us don't. The TV and media are filled with news of crime, real and fictional, and it fascinates people, whether they admit it or not. I write about murder not for the thrill of the deed—and sometimes my characters shock me with the things they do—but because I like to solve the crime. I love all things mysterious and puzzling. The murder/mystery genre chose me.

Tell us about your second book, or is it a secret and if you tell us ... you'll have to kill us?
My second book, No Alibi, is another suspense set in San Francisco, and is more of a police procedural. The story follows veteran homicide cop, John Doucette, plagued by personal betrayal, which affects his judgment while he sifts through a complex web of lies and deceit to solve the murder of a beautiful young woman found dead in her home. No Alibi will be published in 2011 by Echelon Press. Currently, I am working on Hide and Seek, my third suspense set in....you guessed it.....San Francisco. This story is based on an adult version of a child’s game with, of course, a murder thrown in.

It sounds as if you ARE becoming the next Agatha Christie! Readers can purchase Murder and Madness at Amazon, and please visit Jen's website to keep up with the body count!
Posted by Fiona Ingram at 11:09 PM