A Tribute to Bree O'Mara

Who is Bree O’Mara? I do not know Bree O’Mara personally but I too am a South African author and was shocked and dismayed to hear of her untimely death. South Africa's award-winning author Bree O'Mara is one of at least 10 South Africans who died in a plane crash in Libya on Wednesday. 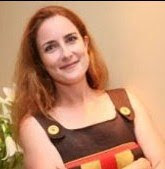 Ms O'Mara, who also had Irish nationality, was reportedly on her way to London to sign a second book deal. It seems so unfair that at this incredible turning point in her career, a point where she was poised for a richly rewarding writing career, should have been cut short. This was her second attempt to get to London, the first being delayed by the ash cloud from Iceland’s volcanic eruptions. She is among 103 people killed when the plane from Johannesburg's OR Tambo Airport travelling to London's Gatwick Airport via Libya exploded in Tripoli. "[She was an] absolutely fantastic woman who was just full of life and was trying to get to London for quite a while to do some presentations at book shows there," said Radio 702's Eyewitness News sports correspondent Les Faber, who was in her book club.

Ms O'Mara won the 2007 Citizen Book Prize for her book Home Affairs. The award is voted for by the South African public. Her next work, Nigel Watson, Superhero is scheduled for publication in 2010.

So often we take life for granted, never imagining that it could be cut short. When young, we also never imagine growing old, never imagine being unable to realize our dreams and potential. Let us count our blessings, live each day in rich fullness, and make every moment count.

What is Home Affairs all about? For South Africans, the words 'home affairs' conjure up a myriad number of visions. Let's see what Bree's thoughts were in this very witty, brilliantly South African book.

In the Underberg village of Hillman, population 237 (it would have been 238 except the mayor, Dewaldt "Pompies" van Niekerk, was not at home at the time of the last census; he was apparently seeing to some rather pressing matters concerning one of the town's citizens that evening), something has disturbed the peace in the hilltop hamlet. Situated 199½km from Durban (the extra ½km being of critical importance when you wish to distance yourself from city folk), Hillman is having an identity crisis. A debate is raging about whether or not to change the name of the town in line with current political trends. The mayor, surmising that the position of authority he has held since 1982 could be in jeopardy from one Ephraim "Oubaas" Mthethwa, decides to embrace the debate and campaigns to change Hillman’s name to 'Dingaan Berg' in order to win votes on both sides of the fence. Mthethwa wants to change the name to Dingiswayo, stating correctly that Dingaan never actually visited Hillman at any point in history. Sheep farmer and pillar of the community, Kobus van Vouw, wants the town name changed to Jacobusville, in honour of his forebear who brought sheep-farming to Hillman in 1900. Plus he fears that if Mthethwa gets his way the town will become known as "Dinges". Mrs. Eleanor Lambert-Lansdowne, widow of a local sugar-cane baron, wants to keep the name of Hillman because some reminders of a kinder, gentler time must surely remain in this chaotic new world, she argues. Tienkie Groenewald, the postal clerk, doesn't really care so long as the postal codes don't change. Embroiled in a hotbed of infighting and political one-upmanship, the town becomes a dorp divided. When a rumour goes round that wealthy developers are coming to Hillman to build a Sun City-style resort on the mountain, the town is thrown into chaos. Newspaper reporters from as far as Pietermaritzburg and Estcourt descend en masse, and the townsfolk of Hillman have to choose between progress and prosperity or self-preservation.

South Africans will find this book particularly poignant and funny, South Africa having what is often euphemistically described as a 'unique kind of society.'

“I laughed out loud, often and as long as I read my way through this cleverly constructed silliness, enjoying it thoroughly.” – Alan Swerdlow (Actor)

Interested to read more? Home Affairs is available on Amazon.