Who Was King Arthur?

So much has been written about Arthur that it is hard to decide which resources have the right idea about Arthur’s origins. When I began researching Book 2 in The Chronicles of the Stone: The Search for the Stone of Excalibur, I felt quite overwhelmed. King Arthur is without doubt the greatest legendary figure in the western world. Countless poems, books, screenplays, and material have been written about him, speculating on his birth, his exploits, his legacy, and what he has come to represent to the world. Even death cannot touch him since legend says he is not dead, but sleeping in a cave on the isle of Avalon, waiting to be awakened in time of his country’s direst need. Mystery and magic surround the story of this man who became a leader, a kingly figure, a symbol of hope and renewal. Who was the real Arthur, the man who lived and fought in the tumultuous period in history called the Dark Ages?
The Dark Ages (also called the Early Middle Ages) was a period of chaos and warfare that lasted from the 5th Century to approximately AD 1000. It is appropriately called the Dark Ages because, not only was it a time when civilization collapsed, but very few records survive from this era. That is why we know so little about the period in which Arthur is said to have lived and why there is such debate concerning his historical existence. There was a real Arthur, a great and skilled war leader who performed many brave and epic deeds. He most likely was a nobleman of British-Roman ancestry. Arthur was believed to have had extensive knowledge of Roman military strategies and warfare, which he successfully used against the Saxons during the late 5th and early 6th Centuries. His possible birth date was circa AD 478. An important aspect of Arthur’s heritage, whoever he was, is that he was a Celt by tradition and history. At the time Arthur lived there was no distinct ‘England’ to speak of. He was a Briton, of Celtic stock, the product of a Celtic society.

By AD 410, Rome had withdrawn from Britain, leaving it vulnerable. It wasn’t long before the barbarian tribes that the Roman troops had kept at bay began to reappear. Soon the invasions increased in size and number as the news spread that Britain was easy pickings and practically defenceless since the British clans and kingdoms were unable to unite for their own protection. It is here that history starts to merge with legend and the famous names of Vortigern, Ambrosius Aurelianus, Uther Pendragon, and Arthur appear. 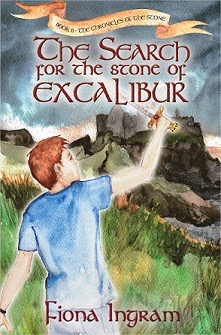 By AD 500, Britain had fragmented into a number of smaller kingdoms, a situation intensified by the tendency of rulers to leave their realms to be divided amongst their sons, instead of direct inheritance to the eldest. Thus tribal groups became even more splintered. The largest and strongest of these kingdoms was Powys. It is against this background that the figure of Arthur emerges. Arthur is thought to be one of the princes in South-Western England who fought in an alliance of British leaders against the Saxons and their allies, the Angles, Jutes, and Frisians, as well as the Picts and Scots who came from the north after the Romans left. The fighting continued until circa AD 516 when, at the Battle of Mount Badon, the united Britons inflicted a severe defeat on the Anglo-Saxons. This victory turned the tide of the barbarian advances for the next fifty years, permitting a final ‘golden age’ for Celtic civilization in Britain. The utterly defeated Saxons did not attack the Celts again until 571.


Live the adventure with young heroes Adam and Justin and get introduced to a new heroine, Kim. The Search for the Stone of Excalibur is available on Amazon and all major book sites.