Can Facts be Fascinating?

Can non-fiction be fascinating? This sounds like a strange question, but the answer (depending on the book, of course) can be yes. I have been enthralled by the story of the unsolved murder of Charles Bravo ever since I saw a BBC documentary on the subject. I recently read a few reviews of the book Death at the Priory on Goodreads and the reviews themselves were so interesting that finally I bought the book. It could be that murders are fascinating in themselves, especially unsolved crimes. Numerous books abound on the topic of the identity of Jack the Ripper, for example. Forensic science has improved thousand-fold with the development of DNA, fingerprinting, and the various (forgive me!) CSI-style techniques now available. However, I’m sure even Horatio would have a problem solving this crime.


Charles Bravo (1845 - 21 April 1876) was a British lawyer who was fatally poisoned with antimony in 1876. The case is still sensational, notorious, and unresolved. It was an unsolved crime committed within an elite Victorian household at The Priory, a landmark house in Balham, London. The reportage eclipsed even government and international news at the time. Leading doctors attended the bedside, including Royal physician Sir William Gull, and all agreed it was a case of antimony poisoning. The victim took three days to die but gave no indication of the source of the poison during that time. Was it suicide, accidental self-poisoning, or murder? No one was ever charged for the crime. 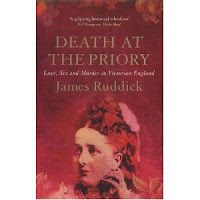 His wealthy wife Florence had previously been married but had been separated from her first husband (who later died) because of his affairs and violent alcoholism. The impetuous Florence had also enjoyed an extramarital affair with a fashionable society doctor, the much older Dr. James Manby Gully, who was also married at the time. Her affair became public knowledge and Florence fell out of favor with her family and society. In order to reenter society, she married Charles Bravo. The marriage appeared to be doomed from the start. It was whispered that Charles had married Florence for her money, but the wealthy Florence had opted to hold onto her assets, a choice provided by new laws in England at the time (Married Women's Property Act 1870). This financial imbalance led immediately to tensions within the marriage. Police enquiries in the case revealed Charles's behavior towards Florence as being controlling, mean, and violent. Florence also experienced several miscarriages in quick succession, but Charles brutally persisted in forcing her to keep trying for an heir. However, given the nature of the man, there was no shortage of people in the Bravo household with motives for poisoning Charles Bravo.

Two inquests were held and the sensational details were considered so scandalous that women and children were banned from the room while Florence Bravo testified. The first returned an open verdict. The second inquest returned a verdict of wilful murder; however, nobody was ever arrested or charged. The household broke up after the inquest ended and the twice-widowed Florence moved away, dying of alcohol poisoning two years later.

Over a hundred years later, author James Ruddick embarked upon his own in-depth investigations in a case that reads like a modern page-turner. Drawing on detailed court and newspaper records, archives, family papers and letters, and interviews with surviving relatives, he has unearthed a wealth of information that gives conclusive evidence as to various suspects' motives and opportunities. His travels locally and internationally yielded comments from surviving family friends and local inhabitants. Medical research also gives tantalizing hints as to why, if it was not suicide or accidental self-poisoning, Bravo did not say whom he thought was the poisoner.

This is a fantastic read and I could not put the book down. The author has found such compelling evidence to exonerate some particular suspects, evidence that was never investigated all that time ago. It points out the flaws in policing methods of the day, as well as how social perceptions of the time influenced popular thinking. Ruddick give a deep and, at times, sensitive insight into the personalities of the main players, showing how they were trapped by their own natures (the headstrong spoiled Florence and the dominant Charles) as well as by the social mores and actual laws of the era. It is also a fascinating insight into the stultifying, repressive atmosphere of Victorian England, and the sad situation of many women of all social classes. Detective novel, historical docu-drama, and police thriller... call it what you will, I highly recommend this book to all readers with a penchant for detective and mystery novels. Draw your own conclusions...the author gives plenty of evidence for and against!