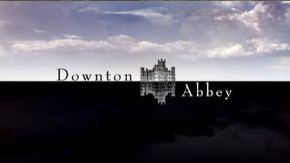 Anyone who has not heard of Downton Abbey must be living in a cave. This is one of the most popular series ever filmed, or maybe it’s THE most popular series ever filmed. Wikipedia has this to say about it: “Reception of the programme was predominantly positive; ratings were extremely high for what is usually considered a "genre" show, and the first series picked up a number of awards and nominations after its initial run. It has subsequently become the most successful British costume drama since the 1981 television serial version of Brideshead Revisited, and in 2011 it entered the Guinness Book of World Records as the "most critically acclaimed English-language television show" for the year, becoming the first British show to be so recognised. A second series aired in autumn 2011. On 3 November 2011, ITV confirmed that a third series has been commissioned and will be broadcast from September 2012.”


Wow! Now that takes some beating! I am an ardent fan of the series, and having endured nine hours of viewing Series 2 over a weekend, where we languished behind drawn curtains and were sustained by lots of snacks, I was inspired to write a post about this world-wide phenomenon.

Downton Abbey has much to teach any author, the most important lesson being, how to grip the attention of your reader. Ask yourself three questions:

1. Is your story compelling and gripping?

2. Do your characters play out their lives against a backdrop that adds meaning?

3. Are your characters believable?

If all your answers are ‘yes’ then you have a winner. I asked myself why Downton Abbey enabled hard-to-please me to so easily suspend my disbelief. Aren’t the characters just typical soap-opera types dressed up in costumes of yester-year? Maybe, but something about the script and the actors’ interpretations renders most criticism invalid. There are examples of stereotypes and clichés in many books. However, not many books can draw a reader in the way viewers have fallen in love with Downton Abbey. I know, I know, the series appeals to our nostalgia for by-gone eras when things were supposedly better and people had more honour/morality/virtues etc. Somehow the tangle of lives and loves, set against the towering backdrop of war-torn Britain has a magical ‘Love Potion Number Nine’ aura. Irresistible! 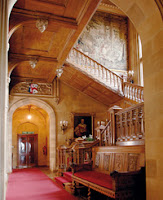 In my (humble) opinion, the script delves brilliantly into the complications of a society in transition. I think only the Brits truly understand and appreciate the intricacies of the class system in their fair isle. The rest of the world must stand back and admire at a distance. Upstairs and downstairs remain firmly separated and never the twain shall meet, lest there be dire consequences. However, there's nothing as strange as the human heart. Lady Sybil, (sorry, my dear), will firmly close all doors to her once she marries beneath her in uniting with the ex-chauffeur Branson. Even the Earl of Grantham (feeling neglected by his beautiful wife Cora)  finds his eye straying to pretty and willing housemaid Jane. Relax, she resigns before any damage is done! Maggie Smith, who has all the best lines as the Dowager Countess, encapsulates the mind-set of the era, yet constantly surprises with her practical and sometimes unexpectedly modern outlook. 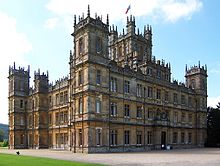 I think what appeals to me the most (apart from being raging jealous of anyone who lives in Highclere Castle, the setting for the series) is the intensity of the characters—when they love, they love; when they hate, they hate; when they wobble, they truly fall! And even in their fall from grace or their triumph over odds, the characters carry the viewer with them, right to the end. Of course, films triumph over books because actors can demonstrate in a simple glance, shrug, or expression what it might take the author a few words/lines to create for the reader. But, dear authors, press on, I say. The fact is that the look, sigh, expression, or derogatory snort is part and parcel of the silent inner workings of the characters. I think we forget how much need not be spoken, but simply indicated to ‘speak’ volumes.

The lesson to be gleaned from Downton Abbey is to create real, convincing characters that will imbue your story with a truth and authenticity that cannot be shaken; to have those characters truly believe in what they represent, want, or plan to do. In addition, make sure your background or backdrop action (Okay, I agree, a world war is a big thing to just whip up in a trice but make do with what you have) as integral as possible to the development of the characters’ lives and choices. In Downton Abbey the war in Europe changes British society forever. But that’s life: nothing remains static, life moves on… I cannot wait for Series 3!
Posted by Fiona Ingram at 2:36 AM

I, too, have been sucked into this show and now i've got my husband hooked. i had to stop reading your post for fear of spoilers . . . we are still watching the first season so we can catch up to where everyone else is.

I've thought about this myself... why am I drawn in? It's not just the well-developed characters, the fantastic casting, and the compelling story-lines . . . I'm a big fan of what's not said. The subtext, especially in the dialogue, is delicious. They speak in metaphors. You have to read so much into their expressions. It's not that they don't want to say what's on their minds, they just can't, so there's this constant tension in the air.

I agree wholeheartedly with you about the actors. They bring so much more to the script than words. I am planning another marathon viewing, this time watching fomr the very beginning and enjoying series 2 as well all over again. Julian Fellowes, the author who also wrote the script for Gosford Park, deserves the momumental success he has earned!